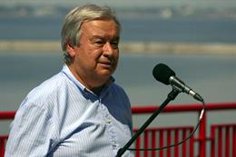 At least 50 civilians died in mid-April in central Mali during an operation involving the Malian Armed Forces and “foreign military personnel”, according to the United Nations mission (MINUSMA), which has examined the escalation of violence in the African country.

The incident in question took place on April 19 in the town of Hombori, located in the Douentza region. The Malian military responded to an attack on one of its convoys with an apparently indiscriminate operation that left dozens dead, including a child, and more than 500 detained.

MINUSMA does not give details about the “foreign military personnel” it refers to in its report, but in recent months the West has viewed with concern the growing presence in Mali of the Wagner Group, a Kremlin-affiliated mercenary company.

The Malian Armed Forces would be responsible for at least 200 civilian deaths during the period analyzed –between April 1 and June 30–. In total, 317 people not involved in the conflict lost their lives, to which another 73 cases of kidnappings or disappearances would be added.

MINUSMA continues to consider the security situation in Mali “worrying”, where various terrorist groups are active and do not hesitate to attack civilian populations accused of collaborating with the State. “Inter-community tensions have contributed to aggravating the situation,” she warns.

Offer: GTA: The Trilogy The Definitive Edition almost for free, it costs less than $300 MXN!

How long does the coronavirus last on various surfaces?