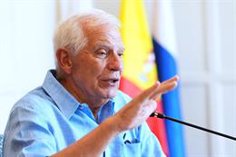 The Secretary General of the UN, António Guterres, has condemned this Friday “strongly” the deadly terrorist attack blamed on the Islamic State in Mali in which more than 40 soldiers lost their lives.

“The Secretary General strongly condemns the terrorist attack perpetrated against the Malian Armed Forces in Tessit, Ansongo region, on August 7, which caused a high number of victims and loss of life”, detailed the spokesman for the General Secretariat Stephane Dujarric in a statement.

Guterres has expressed his “deepest condolences to the families of the victims and to the people of Mali”, while at the same time assuring the African country “it continues to pay a high price in its continuous fight against terrorism”.

Likewise, it has reiterated the commitment of the UN, including through the United Nations Multidimensional Integrated Stabilization Mission in Mali (MINUSMA), to support the efforts aimed at restoring peace and stability in Mali.

In the incident, which occurred last Sunday, 42 people lost their lives due to an attack allegedly perpetrated by the Islamic State.

As detailed by the Malian Army in a statement published on its social networks, on Sunday afternoon the Armed Forces in Tessit were surprised by a “complex and coordinated attack by armed terrorist groups.”

The statement stresses that “presumably” the attack was the work of IS, since this group is characterized by the use of drones, explosives, vehicle bombs as well as artillery fire.

Cult of the Lamb launch trailer, a mix between roguelike and management where you have to create a sect