The United Nations has condemned the attack carried out last week against humanitarian workers in the South Sudanese state of Pibor, which left one injured and the looting of the headquarters of a non-governmental organization that operates in the area, amid an uptick in attacks. incidents of this type in recent years in the African country.

The UN humanitarian coordinator for South Sudan, Peter van der Auweraert, has pointed out that “these attacks while aid workers provide critical services to the most vulnerable people are absolutely incomprehensible.” “The humanitarian community is united in calling for an immediate end to these repeated acts of violence against civilians and aid workers,” he said.

The event took place days after the murder of three aid workers in the Abyei Administrative Area and Jonglei state, which has led Van der Auweraert to highlight that “violent attacks against aid workers damage the delivery of life support very millions of people affected by the escalation of the conflict and the deepening of the humanitarian situation”.

“The direct victims of these attacks are aid workers, almost invariably citizens of South Sudan. The indirect victims are the most vulnerable in the communities where aid workers serve. They see how the services they depend on to survive are seen interrupted or suspended, as has happened on occasions in the past”, he explained.

Thus, he stressed that “only if there is a safe and adequate environment for all civilians, with unrestricted access for humanitarian actors, will humanitarian assistance be able to reach the most vulnerable people.” South Sudan is one of the most dangerous countries for aid workers, with nine killed in 450 incidents in 2022 and three murders so far in 2023.

“I call on the authorities to swiftly bring those responsible to justice. Ending impunity and ensuring accountability for crimes under South Sudanese law and, where applicable, under Humanitarian Law, is crucial to protecting workers humanitarians and civilians and, ultimately, achieve long-term peace in South Sudan,” he added.

South Sudan has a unity government that came into being after the 2018 peace agreement materialized. Despite the decrease in violence due to the political conflict, the country has registered an increase in inter-community confrontations, mainly motivated by theft livestock and disputes between herders and farmers in the most fertile areas of the country, especially due to increased desertification and population displacement. 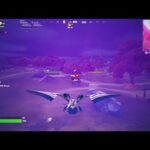