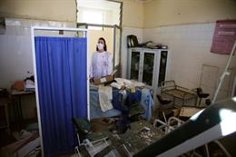 The spokesman for the Popular Front for the Liberation of Tigray (TPLF), Getachew Reda, denounced this Thursday a new military operation by the armies of Ethiopia and Eritrea in Adiyabo, in northwestern Tigray.

“The enemy forces are attacking from Fiqya Gebre to Ademeyti; from Selamo to Sheraro; from Gobo Tsin’at to Irda Matheos and AdiAser; and (there is) heavy shelling in Adi Goshu. Our brave forces are defending their positions,” Reda explained. on his official Twitter profile.

The TPLF has also denounced this Thursday in a statement that the Ethiopian state airline Ethiopian Airlines uses its planes to transport weapons, alleging that it made six flights on August 30, another six a day later and also has another 25 scheduled for this Thursday.

The airline already denied in 2021 that it had transferred military equipment worth tens of thousands of dollars to Eritrea after information published by the American television network CNN that showed photographs of said transport.

The TPLF has repeatedly denounced the presence of Eritrean troops in the region, in support of government forces, something denied by Addis Ababa and Asmara. However, both the European Union (EU) and the United States have called for its withdrawal, although Eritrea has defended at all times that it does not send troops to the neighboring country.

Last week the TPLF denounced another series of attacks, this time the bombardments fell on a nursery and a residential area, in Mekelle, the capital of Tigray, which would be part of a “large-scale” operation by the Ethiopian Government of Abiy Ahmed. The United Nations confirmed several deaths, including those of some children.

In recent weeks, the Ethiopian Armed Forces have resumed their operations in the northern part of the country, where the TPLF denounced the start of a “large-scale offensive”. The Air Force confirmed the shooting down of a plane that had entered from Sudan and was supposedly carrying weapons for the rebel group.

Fortnite Chapter 3: how to be invisible without hacks in your Battle Royale games

Biden's Semiconductor Law will have a positive impact in Mexico