Investigators are trying to determine the motive for the massacre that took place over the weekend in a California dance hall by a man who committed suicide after being surrounded by police. The suspect was a regular customer of the establishment and may have acted out of jealousy.

Investigators trying to unravel the mystery surrounding the slaying of 11 people by a 70-year-old Asian man in a California dance hall over the weekend were considering the possibility of jealousy or a feud earlier this week.

The suspect, Huu Can Tran, 72, entered the Star Ballroom Dance Studio in Monterey Park on Saturday night armed with a semi-automatic pistol and killed 11 men and women, all in their 50s. After the massacre, in which nine people were also injured, the gunman tried to continue another attack in another nearby dance hall, but there he was disarmed before fleeing and committing suicide in his van, surrounded by police.

Investigators were focusing Monday on the killer’s connection to the two dance halls, particularly his relationship with them, the Los Angeles Times reported, citing law enforcement sources.

Chester Hong, a resident of Monterey Park, told AFP that a domestic dispute over an invitation to a Lunar New Year party may have been the cause of the tragedy. “The wife was invited to the party, but the husband could not be invited,” he said Sunday. “And the husband could be angry and jealous,” he added.

Many residents remained incredulous Monday that such an act could have taken place in this mostly Asian town of 60,000 near Los Angeles, known for its quietness.

Huu Can Tran had immigrated to the United States from China, his ex-wife, who had met two decades earlier at the same Star Ballroom dance studio, told . The couple soon married, but the union did not last. He wasn’t violent, he said, but sometimes she would lose her patience if he felt humiliated, if she missed a dance step, for example.

According to a former friend, also interviewed by the US channel, the murderer frequented the dance hall, where he was “hostile to a lot of people”, whom he accused of saying “unpleasant things about him”.

His mobile home in Hemet, about 90 miles east of Los Angeles, was searched Sunday, according to news reports. A neighbor interviewed by a local television station said that he was “a quiet guy.”

California Governor Gavin Newsom, present Monday, pointed to the proliferation of weapons and denounced that nothing is being done about it. “It’s a shame,” lashed out the Democrat. “We should be doing better than this, we should be leading the world, not just responding to these countless crises and saying, over and over and over again, these damn prayers and condolences.”

Among the victims identified in Saturday’s massacre was My Nhan, a 65-year-old woman. “We enter the Lunar New Year with a broken heart. We never imagined that she could die so suddenly,” her family said on social media.

Huu Can Tran, who died on Sunday in Torrance, about 50 kilometers from Monterey Park, could have claimed more victims had it not been for the reaction of an employee of the nearby establishment where he planned to continue his attack. “My heart stopped, I knew I was going to die” when the killer pointed a gun at him, Brandon Tsay, 26, told The New York Times. At that point, the “survival instinct” got the better of him and he lunged at the man, winning the “fight of his life” to wrest the gun, which had a high-capacity magazine, authorities said.

*Article adapted from its original in French 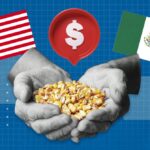 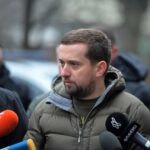