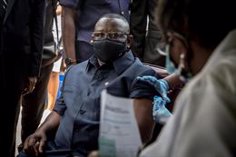 The president of Sierra Leone, Julius Maada Bio, described this Friday the protests that have been taking place for days in several cities in the country against his government as “the maximum expression of terrorism”, after at least one confirmed Twenty dead, including several policemen.

“Of course, what happened was definitely not a protest, it was terrorism at its best. We have some Sierra Leoneans living in the diaspora who on Wednesday threatened to unleash terror in Sierra Leone,” President Bio told the delegation. the BBC in Africa.

Bio, who was out of the country while the protests were taking place in recent days, has pointed out that there is a “political” intention behind all this and although he has acknowledged that there are “difficulties” among young people, he has apologized stating that his The government has done “a lot” to solve its problems.

The Sierra Leonean president has assured that calm has been established, one day after the vice president, Mohamed Juldeh Jalloh, in charge of the Head of State in his absence, announced a curfew throughout the country.

At the moment, some 130 people have been arrested for the riots that have occurred these days during the protests in several cities, especially in the capital, Freetown. Hundreds of people have demonstrated to demand solutions to the economic crisis that the country is going through, as well as other problems such as corruption and police excesses.

Among their demands is also the resignation of the president, Julius Maada Bio, who is questioned about his intentions to stand for re-election in the elections scheduled for June 2023.