The Sahara was full of fish 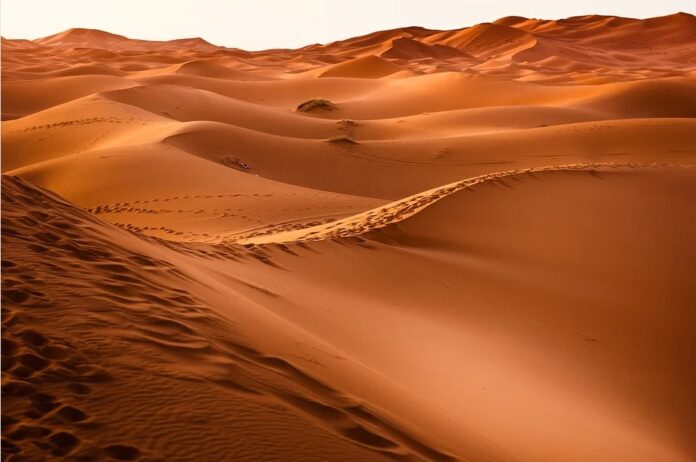 Today the Sahara is the largest hot desert on the planet, with an area comparable to that of China or the United States. Rainfall there is very low or non-existent and some of the highest temperatures on Earth are reached, reaching 47ºC.

But, be that as it may, it is known that every 20,000 years the Sahara goes from being a desert place to a green onecrossed by savannahs, in response to a cycle of similar duration in which the Earth’s axis changes its orientation due to the precession. The last time the Sahara was green was 4,000 to 10,000 years ago and the next time it will be green will be in about 15,000.

The last great change occurred at the end of the last ice age, around 8,000 or 6,000 BC. After the polar ice caps in the north of the planet melted, the northern part of the desert dried up, but it was not until two millennia later that the Monsoon withdrew its precipitation farther south to where it is today, leaving the desert as it was. we know it.

A study that has just been published in the journal «PLOS ONE» has identified thousands of animal remains in the ancient human refuge of Takarkori, southwestern Libya, dating back to the time when the desert was beginning to advance, in the early Holocene.

Among these there are reptiles, molluscs, amphibians and, above all, fishand show that, over time and as the region became more arid, the human settlers at that time changed their diet.

The Tadrart Acacus region, in western Libya and near the city of Ghat, is today a windy and hyper-arid environment, but it was moist and rich in water in the early and middle Holocene, about 10,000 to about 4,600 years ago. There are remains of animals that indicate that life was abundant and a multitude of archaeological remains that show that there were many human sites.

On this occasion, a team of researchers led by Wim Van Neer, from the Belgian Natural History Museum, and Savino di Lernia, a scientist from Sapienza University in Rome, Italy, focused on studying the abundance of the animals that were consumed. in each epoch.

Fewer and fewer fish in the Sahara

They found evidence of a total of 17,551 animals. 80% are fish, especially tilapia and catfishwhile 19% are mammals and the rest birds, reptiles, molluscs and amphibians.

Analyzes have shown that the proportion of fish consumed decreased over time, going from 90% of the animals that were eaten 10,200 to 10,800 years ago to falling to 40%, 5,900-4,650 years ago. This suggests that the diet was focusing on hunting and livestock little by little, as the aquatic ecosystems were receding in the Sahara.

Interestingly, they have also observed that the catfish continued to consume for longer, and have suggested that it is because they have the ability to breathe air out of the water and survive longer in warm and shallow waters.

“This study reveals the ancient hydrographic network of the Sahara and its interconnection with the Nile,” the authors explained. “It apports Crucial information about drastic climate changes that led to the formation of the largest hot desert in the world».