The Russian mission of the United Nations in Geneva has sent a series of letters to the different UN agencies on Monday regarding the arrest at the beginning of January of a journalist from the Russian agency Sputnik in Latvia for alleged espionage crimes.

“We have sent official notes to the United Nations High Commissioner for Human Rights, Volker Turk, and to the Special Rapporteur on the promotion and protection of the right to freedom of opinion and expression, Irene Khan, demanding that they pay attention to this story.” , has indicated the permanent representative of Russia to the UN headquarters in Geneva, Gennady Gatilov.

In this sense, he has indicated that they expect to receive a “reaction” to the “ongoing political persecution of the representatives of the Russian-speaking journalistic community in Latvia”, as reported by the TASS news agency.

The Latvian State Security Service (VDD) reported that the activities of journalist Marat Kasem had been under surveillance for “a long time”. According to Riga, Sputnik disseminates messages in accordance with the interests of the Russian government, including others that “discredit Latvia and its allies.”

The VDD alleges that Kasem – editor-in-chief of the Sputnik branch in Latvia – occupies “a leading position” in its environment, since he is in charge of organizing and managing its contents. According to the data provided by the authorities, the journalist returned to the European country at the end of 2022 after years living and working in Russia.

Kasem is in a detention center in Riga, the Latvian capital. The crimes of espionage that are imputed to him can lead to sentences of 20 years in prison in an arrest that has been described by the Russian Foreign Ministry as a “revenge” typical of “dictatorial regimes”.

In January 2020, the VDD already arrested several Latvian citizens for creating content for Sputnik and Baltnews, both belonging to the Rossiya Segodnya media conglomerate, on whose director, Dmitri Kiseliov, the EU applied sanctions for his relationship with Russian President Vladimir Putin, and his support for the Ukrainian war. 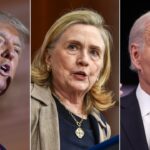