The decree-law that rearranges the incentives for labor contracting, by which new Social Security bonuses are introduced for certain workers, will mean an annual saving of 48.1 million euros in public spending.

Thus, the set of measures provided for in the text entails an estimated decrease in public spending of 36.13 million euros per year. To this amount, another 12 million savings will have to be added once the two years of validity of the bonus for the transformation into temporary discontinuous fixed contracts signed by workers for other agricultural accounts have elapsed.

Among the items that register greater public spending are the new bonuses for indefinitely hiring young people with low qualifications or people undergoing practical training in companies, both at a cost of 77.6 million euros per year.

Likewise, the transformation of training and relief contracts into indefinite ones will entail a cost of 40.6 million euros, while the costs of tutoring in companies linked to the alternating training contract will reach 30 million.

In parallel to the new bonuses, the new decree-law also suppresses other hiring aids that will mean savings of 74.8 million euros.

In turn, the extension of the period of activity of workers with discontinuous permanent contracts in the tourism and commerce and hospitality sectors linked to tourism activity could mean less spending of 130.7 million euros. In 2021 the months of February to November were discounted and from now on only the months of February, March and November will be discounted, and for a fixed amount of 174 euros per month.

Additionally, the suppression of the bonus for the indefinite hiring of relatives of the self-employed person will mean a reduction in spending of 4.8 million euros.

The Government indicates that more than 1,800 million euros are currently dedicated to financing labor bonuses in the General State Budget (PGE). The objective of the norm, according to the Government, is to promote the reduction of unemployment, especially in the cases of the most vulnerable groups, and the creation of “stable and quality” employment. 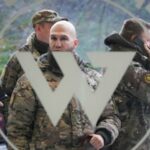