The State Attorney General, Álvaro García Ortiz, published this Wednesday a decree to establish interpretative guidelines and unify the actions of prosecutors before the entry into force of the reform of the Penal Code that modifies the crime of embezzlement. The criteria set by the highest representative of the Public Ministry, which is mandatory for all prosecutors, rejects that the legal change benefits the pro-independence leaders involved in the pro-sovereignty process, but also closes the way to massive reviews of convictions or charges of accused of diverting public money in corruption cases.

In recent weeks, sources from the Anti-Corruption Prosecutor’s Office had already announced that the scenario was not the same as with the “only yes is yes” law, which has led different judges to reduce the sentences of more than two hundred sexual offenders as a consequence. of the reform of sexual crimes. In the case of embezzlement, most of the large corruption cases sentenced in recent years or that are awaiting trial –ERE, Gürtel, Púnica, Kitchen…– are prior to the reform that the Popular Party approved alone in 2015 and, therefore, have been substantiated in accordance with the law that was in force when those crimes were committed, which dates back to 1995.

Despite this, some judges had made a move in recent weeks. At the National Court, Judge Manuel García Castellón asked the parties if the defendants in cases such as the Púnica or Acuamed plot could benefit in some way from the “new regulation” of article 432. Before the reform, this legal type It punished officials who mismanaged public property or misappropriated it with sentences of two to six years in prison. The new wording imposes the same penalty for officials who “for profit” appropriate public assets or consent to third parties doing so. In the most serious cases, the prison sentence can reach 12 years and that of disqualification twenty.

In addition to the elimination of sedition, the legal change approved at the end of the year returned to the wording prior to 2015 on the crime of embezzlement by focusing on the existence or not of profit. The will of the Executive and ERC was to establish a difference between stealing public money and squandering it on issues unrelated to the public function, which implies lesser penalties. And, in this way, adapt a criminal response that they consider disproportionate to the events of autumn 2017.

But the thesis of the Prosecutor’s Office is that the profit motive goes beyond personal enrichment and must be appreciated whenever there is “awareness and willingness to dispose of the thing as if it were their own, using it for purposes unrelated to the public function” to achieve “An advantage or benefit of one’s own or that of another of any kind.” In other words, it also exists even if the person responsible for the crime does not seek to obtain a “property advantage or a personal economic increase”.

This extensive application of embezzlement has allowed, for example, that the Prosecutor’s Office has asked to apply the aggravated type of embezzlement both to the leaders of the procés already convicted (and partially pardoned) and to those who have fled outside of Spain. Public money did not end up in their pockets, but the facts proven in the 1-O ruling do prove that they appropriated those funds and diverted them to create “the necessary infrastructure and means to hold an illegal referendum.”

In addition, with regard to the review of sentences, the decree of the attorney general establishes as a general principle that prosecutors will not support the review of sentences imposed by the old article 432 when the facts may fit into the new precept. The argument is that the new wording imposes similar sentences of imprisonment and disqualification.

The decree of the Prosecutor’s Office also opens a way to prevent the suppression of embezzlement in its unfair administration modality – that is, devoting public funds to purposes other than those budgeted for – from creating pockets of impunity if it is not possible to demonstrate the existence of profit motive. Thus, in case of “doubts” about the existence of this profit motive, it is proposed to the prosecutors to apply the crime of unfair administration foreseen for individuals but with the aggravating circumstance of “prevalence of the public character”. That is, that the author is a public official.

According to García Ortiz, in this way “accommodation” is given to the will of the legislator to “sanction any kind of improper spending of public funds by those who, being an authority or public official, are entrusted with their custody or administration” and not “detypify any conduct.” In any case, the attorney general considers that the suppression of embezzlement in its unfair administration modality introduced in 2015 will only affect acts committed between July 1, 2015 (when the PP approved its reform) and January 2023 (when the current legal change came into force), since these behaviors were not criminal before that date.

On the other hand, the attorney general values ​​the attenuated type of embezzlement that this reform rescues. The new article 433 punishes with lesser penalties those who give public assets “a different public application” than planned. This is an assumption that was already in force in previous versions of the Penal Code and that is now being recovered.

The precept distinguishes between an aggravated modality punishable by prison sentences of one to four years and disqualification from two to six years for cases in which there is serious damage or hinderance of the service to which the managed assets were consigned. And, for the mildest cases, a basic modality punished with disqualification penalties of one to three years and a fine of three to twelve months.

According to his decree, this article “completes” the typical framework of embezzlement. The Attorney General defends that his “alternative or subsidiary” appreciation will be able to avoid “situations of impunity” in those cases in which public assets have not been used for a private purpose and “doubts arise about any of the elements of the type or in relation to the criminal consummation”.

This was the article in which, according to the Government, the facts of the process could be circumscribed. But it is an interpretation that is not shared by the investigator of the case, the Supreme Court judge Pablo Llarena, nor the prosecutors who brought the accusation. In a brief presented this Wednesday, the prosecutors affirm that Junqueras and the rest of the convicted leaders cannot be applied this “attenuated or privileged” type.

They affirm that on 1-O public money was used to “commit a crime” for which reason “it cannot be understood as a destination for public purposes.” And they give an example to illustrate a behavior that, in their opinion, would fit in that assumption: the diversion of funds to the construction of a work not budgeted for instead of a different and budgeted one that remains unexecuted. 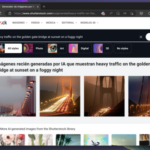 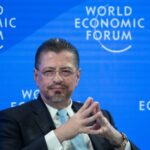