The Prime Minister of Iraq, Mohamed Shia al Sudani, has been in favor of indefinitely prolonging the approximately 2,000 troops of the US Army and NATO forces in his country to protect the population, through of mainly logistical operations, of the threat of the remnants of the jihadist organization Islamic State.

“I think we need foreign forces. The elimination of the Islamic State is something that is going to take time,” he explained in an exclusive interview with the ‘Wall Street Journal’ in statements that highlight the current Iraqi political reality, where pro-Iranian forces have lost some of their historic backing.

Al Sudani has qualified that the presence of these international forces should not have a combat character, but rather as logistical support for the approximately 900 US soldiers who fight the Islamic State cells in neighboring Syria.

For the rest, the prime minister has expressed his desire to maintain relations with the White House as close as those that exist between the United States and Saudi Arabia or other Gulf countries. “It is something that we are pursuing and I do not see it as impossible,” declared the prime minister, for whom good simultaneous relations with Iran and the United States, irreconcilable enemies at the moment, are within the conceivable.

US President Joe Biden “is different in the sense that he fully knows what the situation is in Iraq.”

In this sense, the head of government intends to send a high-level delegation to Washington next month to try to arrange a face-to-face meeting with the US president, although the US State Department has not ruled on the matter. 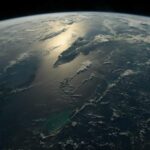