The Paris Police headquarters has opened an investigation into the attack by a police officer on a demonstrator who was protesting last Thursday against the plans of the French Government to raise the retirement age in the country, which would have led the man to the loss of a testicle.

This was announced by the Parisian Police in statements to the BFMTV network, detailing that the police chief has asked the Director of Public Order and Traffic to know the “exact circumstances of the denounced event.”

The 26-year-old protester had to undergo emergency surgery to remove one of his testicles after being hit between the legs by a riot police baton, all while lying on the ground and “perfectly harmless”. as defended by his lawyer, Lucie Simon.

“A policeman first kicks him, then he falls and is on his back (…) Then it is perfectly harmless when a policeman hits him with a baton in a perfectly deliberate way in the genitals,” the young man’s lawyer said in a BFMTV gathering, offering details about the events, which were captured by a camera from the aforementioned chain.

Simon has denounced that it is a “purely gratuitous act with an extremely violent blow”, arguing that his client was not violent towards the police officer, thus rejecting the hypothesis of a self-defense gesture on the part of the agent.

The young protester has already been discharged, although he remains “traumatized” after the fact. “His life is changing with irreversible consequences on his physical and mental health,” explained the lawyer.

Around 1.1 million people took to the streets last Thursday to protest against plans by Emmanuel Macron’s government to increase the retirement age from 62 to 64. 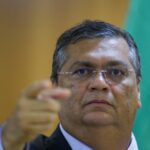