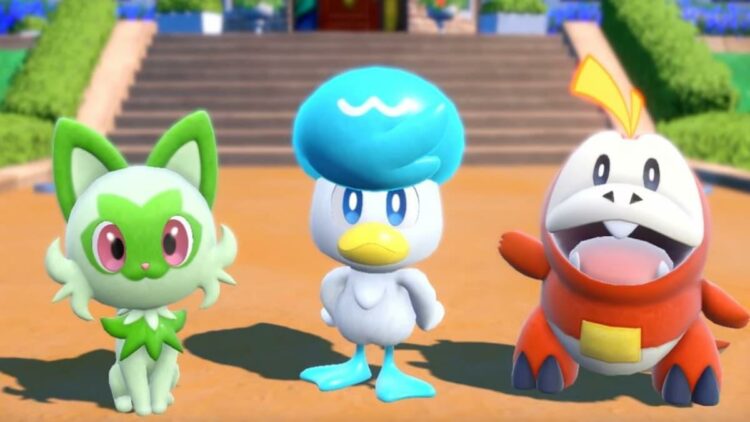 This morning has been full of new information from Pokemon Scarlet & Violet, games that will arrive at the end of the year on the Nintendo Switch and that continue to show their charms. If the details of the gyms and the Fidough memes were not enough, let us tell you that the new trailer for the game was also published in Latin Spanish.

As you surely know, one of the biggest criticisms of The Pokémon Company and Game Freak is that in each of their games they only add Spanish from Spain, leaving aside the millions of fans they have in Latin America.

However, it seems that little by little they realize the mistake they have been making and decided to publish, for the first time in the history of the franchise for a main game, a trailer with the language spoken in Mexico and in other countries of the world. the region.

Here you can see and hear it:

As you could see, now the fans can enjoy a video that immediately feels different in style and that departs from the grammar of what was found in the trailer for Spain, so the progress is already beginning to be noticed at that point so criticized so far.

Will the games add Latin Spanish?

Unfortunately, and although it is good news that the trailer is in our language, as those responsible for the games have said, these new deliveries will only have the option to choose between Spanish (Spain), English, French, Italian, German, Japanese, Korean, Traditional Chinese and Simplified Chinese.

With this in mind, we can only cross our fingers that Game Freak and The Pokémon Company get their act together and decide to add Latin Spanish in an update after the release of the games.

Pokemon Scarlet & Violet They will arrive exclusively on the Nintendo Switch on November 18.