‘The most important thing is going to happen in the next few days,’ says expert 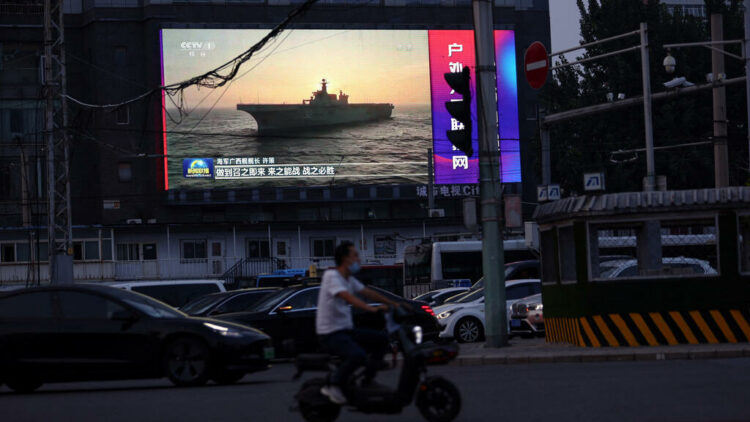 China on Wednesday rolled out a series of trade sanctions against Taiwan, as well as military exercises near the island, in reaction to a visit by US House Speaker Nancy Pelosi. The analysis of Marc Julienne, responsible for China at the French Institute of International Relations (IFRI).

RFI: Almost 15 hours after Nancy Pelosi’s arrival in Taiwan and the announcement of Chinese military action, the Chinese government has moved into action. Apart from the overflight of Taiwan’s air defense identification zone by Chinese military aircraft or the recent announcement of the suspension of the import of certain fruits and fish from Taiwan, not much has happened. Can we learn something from this lack of important reactions?

The most important thing is going to happen in the next few days because China is going to carry out four days of military exercises. The exercises are unprecedented in Taiwan’s last crises – in 1954-1955 and in 1996 – when China fired ballistic missiles into the sea north and south of Taiwan.

According to the Chinese authorities, the areas that will be affected are very close to the Chinese coast, and even an area to the east of the island of Taiwan. So we could even foresee the launch of missiles on the island of Taiwan. And that would be serious enough and unprecedented. In this type of military gesture, we are never safe from a slip, an incident or an accident.

RFI: A few months ago, the launch of the Russian offensive in Ukraine seemed unlikely, at least in the Western camp. However, on February 24, 2022, Russia invaded Ukraine. Do you think a similar scenario with Taiwan is realistic?

Of course. We must learn from Ukraine. Most analysts and specialists on Russia and Ukraine then thought that an invasion of Ukraine by Vladimir Putin was irrational or militarily incoherent, since it was too difficult, too costly and perhaps counterproductive. But the fact is, he launched the offense anyway.

Perhaps it was a bad choice on his part, but today the war is in Europe. However, I will be cautious, because there is a rationale, a kind of consensus among experts that China does not have the full military capacity to carry out an action, which is a large-scale operation to invade the island of Taiwan.

This operation would probably be more complicated than the invasion of the Ukraine, which is an extremely flat territory. In the case of Taiwan, you have to cross a strait, which is not easy. However, Xi Jinping’s rationality may not be the same as ours, for internal reasons, but also perhaps for reasons of provocation of the island against the United States, Xi Jinping might try a military invasion.

Player Earns Thousands of Dollars With Overwatch; level up accounts and sell them