The Mossad believes that Iran did not carry out the attack against the AMIA in Buenos Aires, according to ‘The New York Times’ 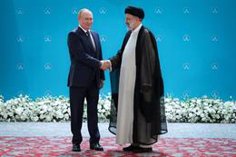 The explosives were smuggled in shampoo bottles and chocolate boxes from various European countries.

An investigation by the Israeli secret service abroad, the Mossad, concluded that the attacks perpetrated against Jews in Argentina in the 1990s were perpetrated by a Lebanese Hezbollah militia commando without the presence of Iranians in Buenos Aires.

The report, to which The New York Times has had access, details how the attacks were prepared and carried out. One of the most curious facts is the smuggling of the explosives used in shampoo bottles and chocolate boxes on regular commercial flights from various European countries. They were then hidden in a park in Buenos Aires.

According to the document, the secret cell of Hezbollah responsible for the attacks did not receive help from Argentine citizens — far-right or with Nazi sympathies — nor from Iranian agents, as Israel, Argentina and the United States maintain. However, it maintains the official Israeli version that Tehran approved and financed the attacks and provided the training and equipment.

The most serious attack was on July 18, 1994, when 85 people died and more than 300 were injured in an explosion against the headquarters of the Asociación Mutual Israelita Argentina (AMIA) in Buenos Aires. Two years earlier, 29 people died in an attack against the Israeli Embassy in the Argentine capital.

Some of those charged with investigating the attacks were later prosecuted for obstructing the investigation, and high-level politicians have been accused of involvement.

Both attacks were carried out by Hezbollah in revenge for the Israeli military intervention in Lebanon, according to the Mossad investigation. Hezbollah used a secret infrastructure that it built over the years in Buenos Aires and elsewhere in South America to prepare and carry out the attacks.

“Only operatives from Hezbollah’s foreign operations unit participated in the attack, without any collaboration from local citizens,” the document explains.

The Mossad report also maintains that those responsible for the two attacks were never tried and live in Lebanon, although the head of the unit, Imad Mugniyé, died in 2008 in a joint Israeli-American attack.

The findings are based on information gathered from suspect interviews, surveillance, wiretaps, and data provided by officers. The investigation also reveals failures of the Mossad, which had no prior notice of the attacks.

The attacks in Argentina changed Israel’s position, which since then has been more reluctant to selectively assassinate senior Hezbollah officials for fear of reprisals, according to four former senior Israeli officials consulted by the ‘Times’.

RUMOR: The Last of Us prepares collaboration with Fortnite