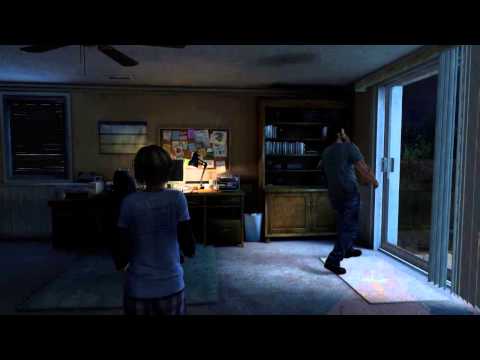 Who would have thought… Series inspired by video games tend to adapt the plot with some creative freedom, but that doesn’t seem to be the case The Last of Us on the HBO platform. The first episode actually solves several mysteries that were not explained in the Naughty Dog video game, and here we will tell you what they are.

Only in the opening scene, set in 1968, do we see two scientists debating the greatest threat to humanity on a TV show. One of them states that he believes that yeast infections could eventually be more dangerous than those from bacteria or viruses. The scientist is questioned because fungal infections cannot withstand higher temperatures, hence their tendency to be parasites of insects and other cold-blooded arthropods such as the Cordyceps virus of The Last of Us.

In response to this, the scientist states that certain conditions could mean that common parasitic fungi could mutate and evolve, learning to live inside the human body. The expert insists that if the Earth as a whole warmed, these fungi could evolve to withstand higher temperatures, which would allow them to have a human host.

First scene of The Last of Us on PlayStation

All this information is new regarding the video game, in which the transmission of the virus to humans occurred through infected crops. Only now, thanks to the series, did we find out that global warming was needed for the fungus responsible for Cordyceps to adapt to the human body.

Another mystery was how Sarah fixed Joel’s watch. In the series, we see Sarah going to a watchmaker to fix the device as a birthday present from her. In the video game, none of this appears and we only see Sarah gifting the repaired watch to Joel on the same night that the outbreak originated.

Something else that the video game doesn’t answer is where Joel was when Sarah is awakened by the explosions caused by the outbreak. Joel shows up after a while without explaining where he was or why he left the house when he was with Sarah earlier that night.

Trailer of the series The Last of Us

series of The Last of Us explains that after Sarah falls asleep, Joel receives a phone call from Tommy informing him that he has been arrested and needs his help. This explains why both Joel and Tommy appear together to save Sarah in the episode and why Sarah was alone once she woke up in the video game.

One more piece of information that the series needs is how Joel and Sarah’s neighbors were infected. In the video game, we only see a Jimmy infected by the Cordyceps virus entering the house of the protagonists to attack them. Joel manages to shoot him down and that’s when they escape in the truck. The story in the series is somewhat different: first we learn that an elderly resident of the neighbors is in a near catatonic state and the same happens with Mrs. Adler. As the chaos of the night of the outbreak ensues, we learn that the resident ate the Adler couple and is the first family to be infected. Sarah then explains that the source of the infection was the elderly resident being brought into town (center of the epidemic) by the Adlers.

One more mystery that the series solves is the relationship Joel and Tess. The video game does not explain anything about it and the gamers suspected a love relationship, and the series ends up confirming it with the scene of Tess climbing on the bed behind Joel to hug him. At least we know that they share intimacy and perhaps a loving relationship.

And finally, have you ever wondered how Joel and Tess communicate with Bill and Frank? The series explains that they use radios for that and that is something they never explained in the video game. It’s a minor fact, but it reveals that they were always in communication before Ellie’s appearance.