The Kremlin has criticized the increase in military aid to Ukraine and has warned that the tanks promised in recent days by various governments “will burn” on the battlefield, in line with warnings that Moscow has already raised on other occasions in the that the West has promised new equipment.

The spokesman for the Russian Presidency, Dimitri Peskov, does not hide that Moscow sees commitments such as those of Poland or the United Kingdom as “very bad”, despite the fact that at the same time he does not believe that the arrival of more advanced equipment could end up tipping the balance. in favor of Ukraine.

They only serve to “prolong” the conflict, according to Peskov, who has accused Western governments of not thinking about the future of the Ukrainian population and of focusing solely on their “anti-Russian” goals.

“The tanks will burn like everything else,” added the Kremlin spokesman, who immediately expressed confidence that Russia will achieve “the objectives of the special military operation”, as Moscow describes the invasion launched in February 2022 on Ukraine. . 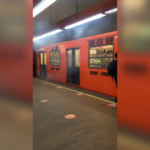