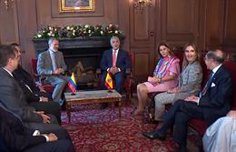 After holding a meeting with outgoing President Iván Duque at Casa de Nariño -the official residence of the President of Colombia-, Felipe VI went to the headquarters of the Ministry of Foreign Affairs to meet with Petro.

Along with the King, the Minister of Foreign Affairs, European Union and Cooperation, José Manuel Albares, attended. Once there, they met Vice President Francia Márquez and Foreign Minister Álvaro Leyva.

After that, the King has moved to Plaza Bolívar, where the ceremony of Transmission of the Presidential Command has taken place. After the Cordón de Honor, Felipe VI went to the waiting room, where the other heads of state and government were present, former Colombian presidents and special guests.

Later, the King went to the Casa de Nariño, where, in the courtyard, a ceremony honoring the outgoing president of the Republic of Colombia, Iván Duque, took place.

He then entered the building, where, together with the other heads of state, he once again greeted Gustavo Petro, the first lady of the Republic of Colombia, Verónica Alcocer, as well as Vice President Francia Márquez and the head of Colombian diplomacy. Alvaro Leyva.

After the meeting, the King went to the airport, where he was bid farewell with a Cordon of Honor and by Colombian authorities as well as by the Spanish ambassador to the Republic of Colombia, thus ending his stay in Colombia.

Felipe VI has traveled to the Latin American country to attend Petro’s inauguration accompanied by the Minister of Foreign Affairs, European Union and Cooperation, José Manuel Albares Bueno, as reported by Casa Real.

The Royal House emphasizes that the visit by the King and Minister Albares reaffirms Spain’s will to continue strengthening the solid ties of friendship that unite the two nations, accompanied by shared values ​​that benefit citizens. 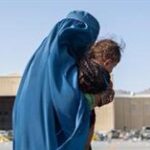