The Red Crescent Relief and Rescue Organization has helped more than 14,000 people affected by the winter blizzards that have been sweeping across Iran since last week.

This has been detailed by the organization itself in a statement, in which it has detailed that 14,695 people have been assisted by relief and rescue operators in 24 provinces, 132 cities and 263 districts, also including 23 towns, 100 villages and 20 areas. residential.

According to the vice president of the Red Crescent Relief and Rescue Organization, Morteza Moradipur, 452 operational teams, including 1,599 rescuers, have played some kind of role in the operation.

It has also detailed that 2,433 victims of the blizzard have received emergency shelters, while 31 people have been transferred to safe places and another 31 have been hospitalized.

Meanwhile, rescue personnel have helped remove 783 cars from the snow and have drained water from 59 homes, according to the organization’s vice president.

The Relief and Rescue Organization has distributed 32 tents and hundreds of food parcels and other rescue items to people stranded on the snowy roads, Moradipur has said, adding that the rescue operation is underway in the provinces. Khorasan Razavi and Fars. 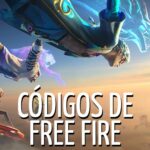