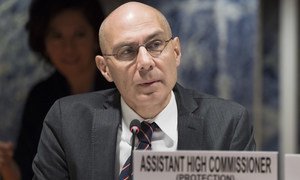 The United Nations High Commissioner for Human Rights, Volker Türk, arrived in Ecuador yesterday, Saturday, to begin a two-day official visit today, at the invitation of the Government of Quito.

During his visit, the first of a High Commissioner for Human Rights to Ecuador, Türk will meet with government authorities, civil society representatives, human rights defenders and indigenous leaders, as well as with members of the international community.

The High Commissioner will also participate in Quito in an event organized by the Ministry of Foreign Affairs and Human Mobility to commemorate the 75th anniversary of the Universal Declaration of Human Rightswhich are fulfilled this year.

The event will include a conversation between Türk and Ambassador José Ayala Lasso, who was the first United Nations High Commissioner for Human Rights from 1994 to 1997.

In a tweet sent on Saturday night, Türk was delighted to be able to speak with Ayala Lassor, who negotiated the mandate of the Office that he now directs in 1993. 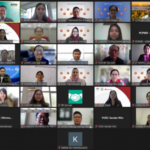