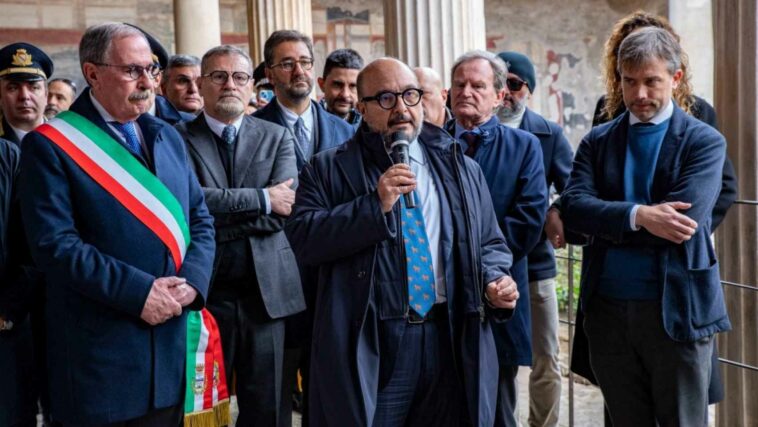 The Italian Minister of Culture, Gennaro Sangiuliano, has been harshly criticized for having assured during an act that the poet Dante Alighieri (1265-1321) was the founder of right-wing thought in the Mediterranean country.

“I know that I say something very strongbut I believe that the founder of the thought of the Italian right is Dante Alighieri”, assured the Italian Minister of Culture. He affirmed it during an act on Saturday night programmed by the Italian Brothers party for the next regional elections in Lombardy (north) on February 12.

This Italian jurist and journalist -considered a technocrat of the President’s Executive, Giorgia Meloni- added about Dante that “his vision of man and interpersonal relationships and its political construction they were deeply on the right.” “There is a right-wing, free culture. Culture is only culture if it is free, if it is dialectical,” he said, pbut i think do not replace hegemony cultural left, the Gramscian, on the other. Hegemony, the one on the right”.

The statements about the considered Italian ‘Sommo poet’ and writer of the ‘Divine Comedy’ have provoked in the last hours the criticism from the opposition, but also from historians who consider that it is not possible to speak of the concept of right in the time in which Dante lived.

“Sangiulian Minister, at least Leave her alone to Dante”, attacked Irene Manzi, spokesperson for the Democratic Party, progressive, in the culture commission. “We understand that it is a excellent source of advertising“, he added, “and that the minister likes to pronounce words freely”, but asked not to resort to the Italian poet and writer to “laughable and cartoonish analysis”.

“So I will say something very strong for me, I thought that Dante Alighieri was the founder of the Italian thought conservatore”. The Montessori?Appassionante… pic.twitter.com/nAaLtPMpCv

Angelo Bonelli, deputy of the Green and Left Alliance, argued that the minister has made “cultural references wrongbecause you should know that Dante was forced into exile in 1302 precisely because he was a soldier in the White Welfs and wanted a secular stateharshly attacked the transformism of politics and opted for the regulatory function of law and sociability of manissues that are not typical of Giorgia Meloni’s right”. “Leave in peace to Dante, because the cultural referents of the right today are Trump and Bolsonaro,” he concluded.