The European Union (EU) is aware of the social and economic value of videogames, especially those that are developed online, and in addition to demanding greater protection for its users, the European Parliament has proposed the organization of annual online video game awards.

In a report approved this Wednesday by 577 votes in favour, the MEPs have collected different proposals and claims for the video game sector, which in addition to being “very innovative” directly employs more than 90,000 people in the European Union.

They are also “a crucial part of the cultural and creative ecosystem, since they represent more than 50 percent of value added of the overall market for audiovisual content in the EU”.

Therefore, they seek strengthen the protection of users of online video games Y ensure a safe gaming environmentthrough greater transparency about the content and purchase policies of the products or the age group to which they are directed.

They emphasize that video game developers must refrain from promoting addiction and must take into account the age, rights and vulnerabilities of children, as stated the approved text by the Eurochamber.

They also highlight “the lack of disaggregated data at Union level on average time spent gaming, average in-game spending, overall gaming experience and consequent socio-psychological effects” that this can have on users, and therefore they have requested that “the Commission collect this data annually and present a report to Parliament”.

In addition, include proposals to highlight the importance of the production of video games in the single market, such as the organization of some annual awards. With them you would search recognize developer companiesmany of them SMEs, and their contribution to this market in terms of “work, growth, innovation and promotion of European values”.

“The prize must have as its objective promote online video games that respect consumer rights or that have a positive impact in specific areas, such as education, or in capacity building“, picks up the text.

Besides, the approved report seeks to ensure the safety of online game users in general, but emphasizes the protection of children and adolescents, and recognizes industry-driven initiatives such as the PEGI age rating.

They also mention the importance of video games in mental healthas seen during the Covid-19 pandemic, when they demonstrated their ability to “provide relief during strict lockdown periods” and for users to “communicate, interact and create together” remotely.

They highlight the ‘EU Kids Online’ research project, which collects data on children’s experience with online games, and the role that video games also play in education, creative expression and cultural content. 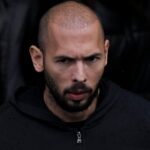