The European Union has expressed this Monday its “strong condemnation” of the murder of the well-known Cameroonian radio host, Martínez Zogo, after his kidnapping last week by a group of unidentified men.

“It is essential that a thorough investigation, already announced by the authorities, clarify all the circumstances of this murder and that those responsible are brought to justice,” European diplomacy said in a statement.

In this sense, the department headed by Josep Borrell has insisted on the “crucial role” played by the free and independent media in Cameroon and the rest of the world to have “democratic and free” societies.

The lifeless body of the Cameroonian journalist was found this Sunday near the capital, Yaoundé, less than a week after he was abducted on Tuesday by a group of unidentified men.

Zogo, head of the private radio station Amplitude FM, was kidnapped near his home in the Cameroonian capital, the Committee for the Protection of Journalists (CPP) reported at the time. He had recently reported on an alleged embezzlement of funds in public sector acquisitions that benefited a prominent businessman. 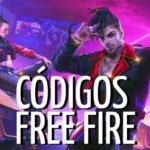