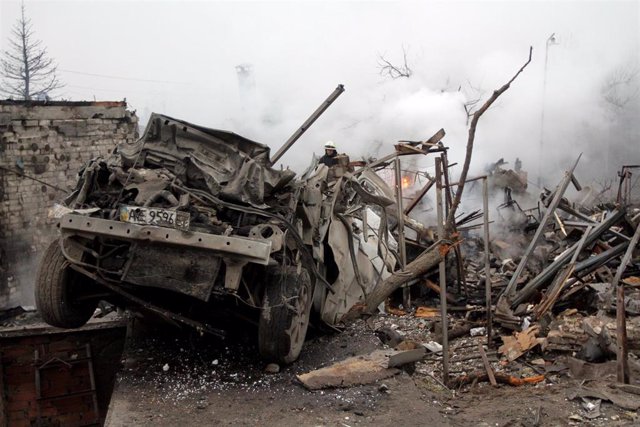 The Bulletin of Atomic Scientists advances its symbolic Doomsday Clock to 2023 90 seconds to midnight in his assessment of how close we are to the apocalypse.

This year, the Bulletin of Atomic Scientists’ Science and Safety Board moves forward the hands of the Doomsday Clock, largely (though not exclusively) due to the growing dangers of war in Ukraine. The clock is now a minute and a half past midnight, the closest it has ever come to a global catastrophe. In recent years it had been kept to 100 seconds.

The Bulletin of the Atomic Scientists is a academic publication Aimed at the general public dedicated to issues related to the survival and development of humanity, facing the threats of nuclear weapons, weapons of mass destruction, climate change, emerging technologies and diseases.

Published bimonthly, it was published for the first time in 1945, as ‘Bulletin of the Atomic Scientists of Chicago’being founded by members of the Manhattan Project after the atomic bombings on Hiroshima and Nagasaki.

The 2023 report notes that Russia’s war against Ukraine has raised “deep questions” on how states interact, eroding the norms of international conduct that underpin successful responses to a variety of global risks.

“And worst of all, Russia’s thinly veiled threats to use nuclear weapons remind the world that escalation of the conflict – by accident, intent or miscalculation – is a terrible risk. The possibility of the conflict spiraling out of control remains looming.” high”, concludes it’s a statement.

War has reached the nuclear reactor sites of Chernobyl and Zaporizhzhia, violating international protocols and risking a widespread release of radioactive materials. Until now, the efforts of the International Atomic Energy Agency to protect these plants have been rejected.

As Russia’s war against Ukraine continues, the latest nuclear weapons treaty between Russia and the United States, New START, is in jeopardy. Unless the two sides resume negotiations and find a basis for further reductions, the treaty will expire in February 2026. This would eliminate mutual inspections, deepen mistrust, spur a nuclear arms race and increase the possibility of a nuclear exchange, it highlights. the new report.

The effects of war are not limited to an increase in the nuclear danger; they also undermine global efforts to combat climate change. Countries dependent on Russian oil and gas have sought to diversify their supplies and suppliers, leading to increased investment in natural gas precisely when that investment should have declined.

In the context of a hot war and against the backdrop of nuclear threats, the report argues that “the continuing stream of misinformation about bioweapons labs in Ukraine It raises fears that Russia itself is thinking of deploying these types of weapons, which many experts believe is continuing to develop.”

The Russian invasion of Ukraine has increased the risk of the use of nuclear weapons, has aggravated the specter of the use of biological and chemical weapons, it has hampered the global response to climate change and has hampered international efforts to address other global problems. The invasion and annexation of Ukrainian territory have also violated international norms in such a way that they can embolden others to take action that challenges previous agreements and threatens stability.

To overcome this conflict, the report argues that at a minimum, the United States must keep the door open to a principled compromise with Moscow to reduce the dangerous increase in nuclear risk that the war has fostered.

“One element of risk reduction could be sustained, high-level contacts between the US and Russian militaries to reduce the likelihood of a miscalculation. The US government, its NATO allies and Ukraine have multiple channels of dialogue These should all be explored.Finding a path to serious peace negotiations could go a long way in reducing the risk of escalation. In this time of unprecedented global peril, concerted action is required, and every second counts.” underline the report. 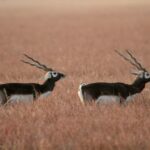