The Federal Court of Canada has ordered this Friday the Government of the country to repatriate four Canadian citizens held in the family camps run by the jihadist organization Islamic State in northeastern Syria, urging it to negotiate with their captors so that they decide to release them. .

Judge Henry Brown has ordered Ottawa to request the repatriation of the four men “as soon as reasonably possible” and provide them with passports or emergency travel documents,” according to The Globe and Mail.

Specifically, a representative of the Government of Canada must travel to Syria to help facilitate the return of the four people once their release is negotiated with their captors.

The decision comes after the relatives have asked the courts to order the Executive to organize the return of the four detained men, arguing that refusing to do so would violate the country’s Charter of Rights and Freedoms.

Hours earlier, the Government of Canada has agreed to the repatriation of six Canadian women and 13 children detained in subhuman conditions in the family camps of the jihadist organization Islamic State in northeastern Syria.

This repatriation pact is confidential and does not specify the return date of the detainees beyond “a mutually agreed schedule” with the Kurdish forces that run the Al Hol and Roj camps.

The latest report by the NGO Human Rights Watch, published last December, estimates that more than 40,000 foreigners, mostly children, remain in the camps under the threat of Turkish artillery attacks, disease, and violent attacks by extremists. Islamic State and sleeper cells in these camps. 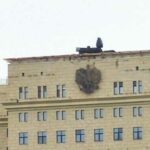