Buckingham Palace has offered new details this weekend about the coronation of King Charles III of England and Queen Camilla Parker-Bowles, which will take place from Saturday 6 to Monday 8 May 2023, whose celebration will include a concert open to the public at Windsor Castle.

The ceremony will be presided over by the Archbishop of Canterbury and the service will reflect “the current role of the monarch and look to the future, while taking root in the traditions and pageantry of yesteryear,” the royal statement said.

The three-day celebration will take place on the first weekend of May. On Saturday the 6th, the coronation will take place at Westminster Abbey, the monarch’s procession and royal greetings from Buckingham Palace. On Sunday 7th May there will be a concert at Windsor Castle and the ‘Great Coronation Luncheon’. The last day, Monday the 8th, will be dedicated to volunteer program actions.

On May 7, the British news channel BBC and the BBC studios will organize and broadcast a special coronation concert live at Windsor Castle, which will allow access to the public with the sale of thousands of tickets.

As announced by the royal statement, through a national vote organized by the BBC, several thousand people will be selected to receive free tickets to the Coronation Concert at Windsor Castle.

The concert will also be attended by volunteers from the charities of the kings of England and will feature “a world-class orchestra that will interpret the favorite musical themes of some of the most important artists in the world,” the statement added.

In addition, it will feature performances by dancers, staging support and special effects located in the east garden of the castle.

That same day will take place the so-called ‘Great Coronation Lunch’ –The Coronation Big Lunch–, which will invite all the neighbors and communities of the country “to share food and fun.”

Finally, May 8th will celebrate ‘The Big Help Out’ day, which encourages people to participate in volunteer programs that are taking place in their local areas. 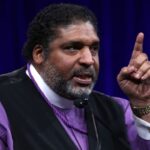 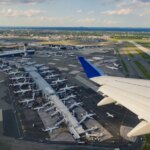