A referendum on a constitutional amendment to advance elections has been declared invalid in Slovakia due to low turnout: only 27 percent of voters went to polling stations, far from the 50 percent required.

Supporters of the constitutional amendment wanted to allow early elections in Slovakia, as is common in other EU countries, however 97.5 percent of voters declared themselves against this option, although their decision has no effect.

Until now, the Slovak constitution has stipulated that the parliament, which is elected for a four-year term, cannot be dissolved before a certain time even if a government falls apart and a majority for a new coalition cannot be found.

The left-wing opposition proposed the referendum after around 400,000 voters signed a petition to make the change.

Currently, a populist conservative tripartite coalition governs in Bratislava, led by the Prime Minister, Eduard Heger, without a parliamentary majority and which is heading for an electoral catastrophe in the next elections, according to all the polls.

This has not prevented the coalition parties from doing everything possible to avoid the referendum, although two decades have passed since the last plebiscite reached the necessary participation threshold in the country. 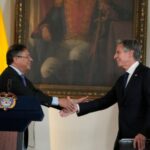 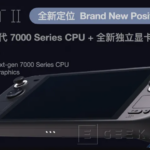