The British foreign minister believes that Putin “cannot be trusted” 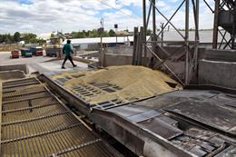 The British Foreign Minister, Liz Truss, has indicated this Saturday that “nothing can be trusted” of what the President of Russia, Vladimir Putin, says, after the Russian troops have attacked the port of Odessa, after Moscow would have agreed to resume grain exports.

“It is absolutely shocking that just one day after reaching this agreement, Vladimir Putin has launched a totally unjustified attack on Odessa,” Truss lamented at a campaign event in Kent, according to British media.

“This shows that none of their words can be trusted. And we urgently need to work with our international partners to find a better way to get the grain out of Ukraine that does not implicate Russia and its broken promises,” he added.

The spokesman for the Ukrainian administration in Odessa, Serhi Bratchuk, denounced this Saturday the impact of at least two missiles on the city’s port, one of those included in the agreement signed this Friday between Russia, Ukraine, Turkey and the UN to resume grain exports, essential for humanitarian aid and right now paralyzed by the war.

Bratchuk assured that another two missiles were intercepted by the Ukrainian Army’s air defense systems. All the projectiles were Kalibr model, used by the Russian forces, the administrator has assured the New Voice of Ukraine portal.

With the agreement reached on Friday to resume grain exports on ships that are on Ukrainian territory, the Russian and Ukrainian sides pledged to suspend any attack on ships or ports involved in these exports, however, the agreement does not cover port areas not involved in grain loading.

Russian annexation referendums: “victory” for Moscow, “farce” for the West