The area burned in Spain increases, which accumulates 38% of the total devastated in Europe 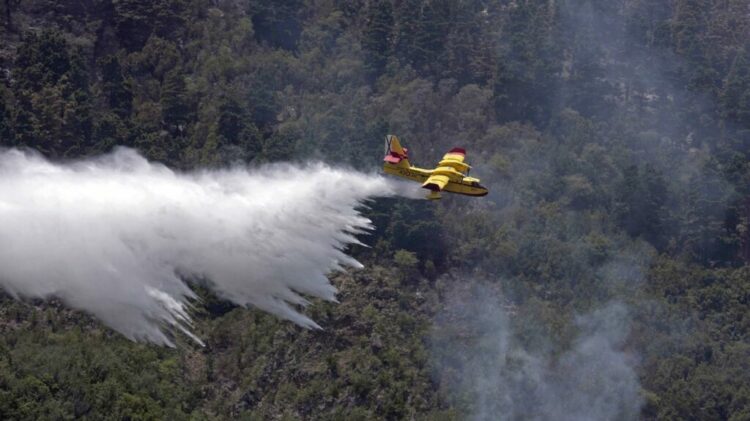 The Forest area devastated by fire continues to grow in Spainwhere several remain active firesand amounts to 222,800 hectaresthe 38.5% of the total devastated in Europe (578,956 hectares) since January, according to data from the European organization EFFIS based on satellite images.

The European Forest Fire Information System (EFFIS) uses satellite images provided by Copernicus for its estimates and in its latest update it shows a balance of 222,800 hectares affected by fire in the country so far this year , 11.2% more than on July 23.

However, according to the records that appear on the website of the Ministry for the Ecological Transition, which date back to 1968, the worst year of fires in the history of Spain was 1985, with 484,475 forest hectares devastated. In all of 2012, 218,956 burned.

The barrier of 400.00 hectares was also overcome in 1978, in 1989 and in 1994while what is considered the largest fire in the country’s history occurred in 2004, when 30,000 hectares were burned between the municipalities of Minas de Riotinto (Huelva) and Berrocal (Seville).

The exact number of calcined surface may be lower, since within the area devastated by the fire there may be areas that have not been burned.

Spain, the European country most affected by the fires

In contrast, the countries that have seen the highest percentage of their territory destroyed by the flames are Romaniawith 0.63%; Portugalwith 0.57%; Croatiawith 0.54%, and Spainwith 0.44%.

The figures estimated by EFFIS far exceed those provided by the Spanish Government, which, based on data from the autonomous communitiesa figure of 122,000 hectares devastated since the beginning of the year, 52,000 more than on July 10.

The real impact of a fire can take years to know and for greater precision the data must be taken on the ground, according to Ecological Transition.

Among the most devastating fires of the two and a half weeks, in which it has burned more than in all of 2021, that of Losacio, in Zamora, in which two people died and that, according to estimates by the Junta de Castilla y León based on Copernicus images, would have affected 36,000 hectares.

Nevertheless, the exact number of calcined surface may be lowersince within the area devastated by the fire there may be areas that have not been burned.

If this surface is confirmed, It would be the biggest fire in Spain since there are records and it would exceed by 10,000 hectares that registered in mid-June in the Sierra de la Culebra reserve, in which the fire caused by lightning in Losacio also entered.

Also Thousands of hectares have burned in the fires of Carballeda de Valdeorras (Ourense), leafy (Lugo), Ateca (Saragossa), The Realejos (Tenerife), the bages (Barcelona) or Houses of Miravete, Brick (Las Hurdes) and the Jertein Extremadura.

In Benin, Macron reaffirmed his military support but avoided commenting on his repressive regime