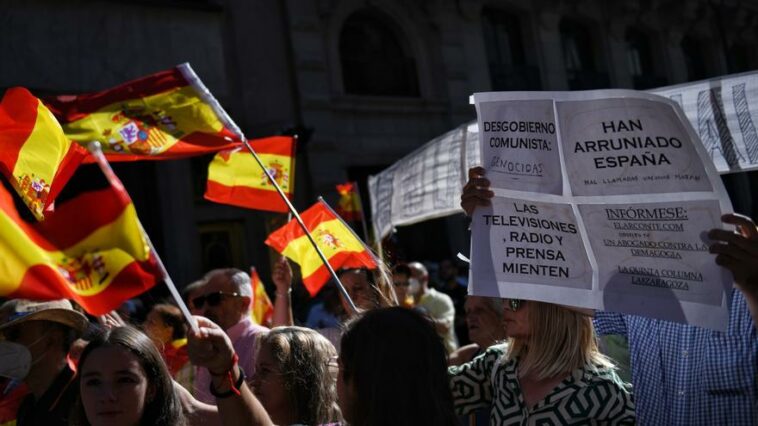 Spain is heading for an uninterrupted year of campaigning: the first semester for municipal and regional elections and, as soon as the polls open and those votes are counted, the second, for the general elections. Nothing new for the Popular Party, which has been in electoral mode since 2019 after suffering two consecutive defeats, to the point of changing candidates in the middle of this legislature when seeing that Pablo Casado, its first leader chosen in primaries, had not just come back in the polls. .

So the climate during 2023 will be unbreathable, but not very different from last year or the two previous ones. The framework was established by the three rights and their media speakers from the photo of Colón from almost four years ago: Pedro Sánchez presides over an illegitimate government.

According to this diagnosis, the priority over any other emergency is to make him fall. That is why the main opposition party allowed itself to vote against the measures to deal with inflation derived from the war in Ukraine, just as it previously opposed decisions similar to those adopted by governments of all colors in Europe to combat the pandemic.

A couple of lines to remember that the PP then tried to overthrow the states of alarm, encouraged demonstrations in full confinement and that its previous leader went so far as to accuse the Council of Ministers of “stable the population”.

Who calculated that the assassination Exprés de Casado wanted something other than a new, less charred electoral poster for the PP, it has already had many months to verify how life continues the same in Genoa 13. The popular ones persist in saying no to everything and the only time that Feijóo threatened to seal a The first pact with Sánchez to put an end to four years of blockade of the Judiciary received severe warnings from the Madrid media right, aligned with the theses of Isabel Díaz Ayuso and Vox, to remind the new leader that with Sánchez there is nothing to negotiate. The result of these pressures in the form of editorials, covers and homilies radio stations – Federico Jiménez Losantos allowed himself one morning to notify Feijóo from the esRadio microphones that he had not been “brought in for this” – were visible that same afternoon when the president of the PP broke up in extremis an agreement only pending the date to be announced.

The framework of the eternal electoral campaign that awaits us has been set for almost four years – the objective is to oust Sánchez and everything else is accessory, including governing with Vox – the right now aspires to impose the terms of the debate for the next twelve months resorting to what analysts of former US President Donald Trump baptized as “alternative facts”. In this parallel reality that arguments, spokespersons and the media intend to install, the right-wing calls the “Frankenstein Government” which passes laws with 190 deputies and carries out three Budgets in four years, something unthinkable in the last decade, but is presented as an example of stability. to the cabinets of Ayuso and Almeida, unable to approve the accounts. The strategy consists of accentuating the discussions between PSOE and Unidas Podemos and ignoring that the coalitions of Ciudadanos and the PP in Madrid, Murcia and Castilla y León, were blown up in the middle of the mandate.

It is about installing the idea that Vox and Podemos are extremes of politics and that, therefore, any pact with the extreme right must be normalized, as if the social democratic measures that the ministers of United We Can have put into practice were the same. in the Government and the xenophobic and anti-equality messages put into circulation by the extreme right.

According to that vision trumpian In politics, Catalonia is worse today, with the politicians who promoted the process out of jail and the independence movement split in half, than when the referendum was called and the Rajoy government ordered the police to charge those charges in the voting centers against the people, which was broadcast by the international press. But also that when the Supreme Court ruling was known and in Barcelona barricades were set up with burning containers in the center of the city.

In the transparency chapter, the Matrix of the Madrid rights, the media and politics, apologizes without any consideration that the president’s brother charged commissions of almost 300,000 euros for mask contracts awarded by the Government of Isabel Díaz Ayuso in the worst of the pandemic, but sees a corruption scandal every time the Prime Minister uses the Falcon for his official trips (as all his predecessors have done) or spends his vacations in an official residence, which they also had available the previous presidents.

According to the alternative facts that are presented in the gatherings every morning, it is Sánchez who wants to “assault the Judiciary” and not the PP who has been blocking it and violating the Constitution for four long years, nor the conservative members who they behave like the Popular Parliamentary Group in Justice and are not even concerned by the laws approved by Congress.

The same Feijóo who had been predicting a recession in the Spanish economy in the last quarter of 2022 since his rise to the leadership of the PP (Spain has closed the year growing above 5% and exceeding the forecasts that the Government prepared before the invasion of Ukraine), has described as “pufo” the policies that receive congratulations in Davos and applaud by such unsuspecting media as the Financial Times or The Economist. The PP leader has also called the exception that allows energy prices in Spain and Portugal to be the lowest in Europe the “Iberian scam”.

Such a strategy has its roots in the recent history of the PP. Although almost no one remembers it anymore due to the hectic pace of political news, the Government of Mariano Rajoy came to present a plan against Fake News in its last stage, as one more section of the Strategy against National Security. We are not talking about the Upper Pleistocene, the news is from 2017 and the idea of ​​that PP government was to parade the editors of the media through the Defense Commission of the Congress of Deputies. The philosophy was explained by María Dolores de Cospedal as the highest authority of the Ministry of Defense in an act organized by the newspaper La Razón: “Information warfare is a new type of war, an emerging threat aimed at manipulating consciences.”

Cospedal directly alluded to the alleged Russian interference in the referendum on October 1 in Catalonia and warned, in a serious tone: “We must be attentive to the next elections on December 21”, which Ciudadanos won with 26 seats and 25% of the votes.

Over time it was learned that Cospedal alternated this public concern from the Ministry for false news, with relaxed talks with Commissioner Villarejo to fabricate scandals against his party’s rivals and incidentally erase the evidence of the PP’s acts of corruption.

He did not have time to ask Cospedal about all this: after decanting the PP primaries on Casado’s side and retiring Soraya Sáenz de Santamaría, his eternal rival, from politics, Cospedal resigned from the PP Executive as soon as his dealings with the political police of the Government of Rajoy.

No one from the party has apologized yet. Neither Casado nor now Alberto Núñez Feijóo, who was also part of the party leadership during those wonderful years. The Kitchen indictment continues to be investigated in the National Court with the leadership of the Ministry of the Interior at that time accused of very serious crimes, including those of wasting public money to erase the evidence of the Gürtel case, which years ago Rajoy had presented as a plot against the PP and that Cospedal herself, the one with the strategy against fake newshe had attributed to “the Rubalcaba police”.

Now the same media that applauded all that, the same ones that encouraged the 11-M conspiracy, are trying to set themselves up as defenders of democracy and fighters of disinformation.

The electoral campaign that is upon us is going to go from all this. Not of the government’s errors, which there are and some of them are very severe (you only need to see the lurch in immigration policies or the clamorous cessions to Morocco and some legislative shortcuts that it would be advisable to avoid), nor of the logical confrontation of ideas and Policies to face the climate crisis, the housing problem, depopulation or the day after the war in Ukraine. The plan is to debate the distorted reality returned by the mirrors of the imposing right-wing media apparatus.

Footnote: the only interesting novelty is the open war in recent weeks between some media outlets that, after cradling the extreme right for years, are now harshly charging against Vox spokespersons, mainly Rocío Monasterio. They hold her responsible for frustrating Ayuso’s budgets for 2023 that contemplated 2,000 million euros more in spending in the middle of an election year. With what that could imply for institutional advertising and subsidies to friendly media. Monasterio still promised Federico Jiménez Losantos one of these mornings that if Ayuso wants, the accounts can be fixed in an afternoon. (It is not ruled out that it happens).

Before you stop reading…

elDiario.es is financed by the contributions of 60,000 members who support us. Thanks to them, we can write articles like this one and that all readers – including those who cannot pay – have access to our information. But we ask you to think for a moment about our situation. Unlike other media, we do not shut down our journalism. And that makes it much more difficult for us than for other media to convince readers of the need to pay.

If you get information from elDiario.es and you believe that our journalism is important, and that it is worthwhile for it to exist and reach as many people as possible, support us. Because our work is necessary, and because elDiario.es needs it. Become a member, become a member, of elDiario.es. 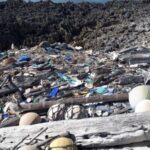