The agreement between China and Uruguay sows discord in Mercosur 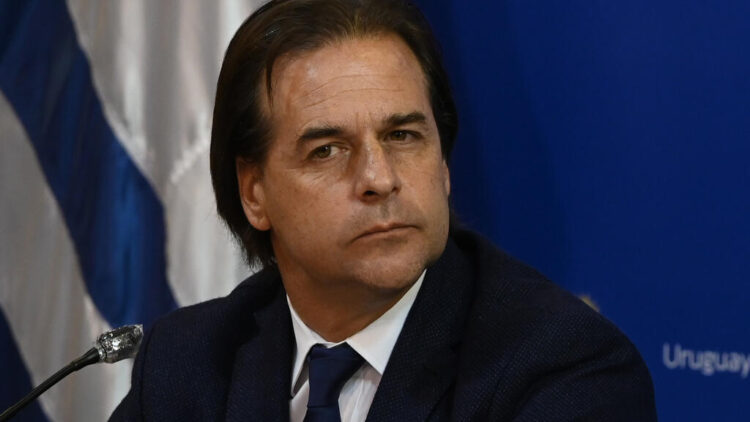 The leaders of the Mercosur countries, the economic community that brings together Argentina, Brazil, Paraguay and Uruguay, meet this Thursday, July 21, near Asunción. On the menu of the discussions is the controversial draft free trade agreement between Uruguay and China.

Dissensions are stronger than ever in Mercosur a few hours before the summit, the first in-person since the Covid-19 pandemic. The tensions are more palpable between Argentina and Uruguay. The bone of contention is the free trade agreement that Uruguay wants to conclude with China and that raises many misgivings in neighboring Argentina, concerned about the impact of the agreement on its economy.

The issue had already crystallized tensions at past summits. In March 2021, Uruguayan President Luis Lacalle Pou had warned that the bloc had to open up to the world so as not to become a burden. A comment that had provoked the exasperation of his Argentine counterpart, Alberto Fernández, who did not hesitate to tell him that Uruguay was free to leave Mercosur if it so wished.

Despite Argentina’s outright opposition and the tradition that all trade decisions are made unanimously, the Uruguayan president announced last week that his country was going to officially start negotiations with the Asian giant.

At the same time that he highlighted his attachment to Mercosur and invited the other members of the bloc to join the discussions, Lacalle Pou also warned that if he did not obtain the support of his partners, he was willing to play alone and advance in a bilateral agreement with China. , which is already its main trading partner.

For Beijing, this free trade agreement with Uruguay, a small country of just 3.5 million inhabitants, represents the gateway to Mercosur with 265 million people.

Of course, what China is interested in are the Brazilian and Argentine markets. To prevent Uruguay from becoming a Trojan horse that allows Chinese products to enter their markets without paying customs duties, Brazil, Argentina and Paraguay would have to isolate Montevideo, even exclude Uruguay from the common market.

At this point it is still too early to imagine a total break. First, because Uruguay is preparing to assume the rotating presidency of the economic bloc for six months and has always been in favor of continuing in Mercosur.

Uruguay considers that it is within its right to negotiate individually with China and for this it takes as a precedent the date of 2003 when it was authorized to sign a bilateral free trade agreement with Mexico.

It would not be surprising either that Brazil, much less inflexible than Argentina about making the bloc more flexible, supports the Uruguayan cause. The country led by Jair Bolsonaro has been defending for months that customs taxes be lowered by 20% for products entering Mercosur, but it has run into Argentina’s refusal time and time again.

If Montevideo supports the Brazilian initiative, it could find significant support in return to rebalance the forces in its favor.