At least ten suspected terrorists have died in a new bombardment by the Burkina Faso Army in the surroundings of the town of Dangara, located in the province of Kossi (north), in the midst of operations against jihadism in the African country.

Sources quoted by the Burkinabe state news agency, AIB, have indicated that weapons, motorcycles and materials possessed by the suspects, who had erected a base in the area, have subsequently been recovered at the site.

The leader of the Burkina Faso military junta, Ibrahim Traoré, pointed Wednesday to an expansion of anti-terrorist operations in the coming days and announced that thousands of “volunteers” will be deployed on the ground starting in early February to combat the jihadist groups.

Burkina Faso has generally experienced a significant increase in insecurity since 2015, with attacks carried out by both the Al Qaeda affiliate and the Islamic State, which has caused a wave of internally displaced persons and refugees to other countries in the region. 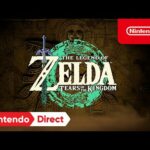