Tanzania’s main opposition party, the Party for Democracy and Progress (Chadema), held its first major rally in the country on Saturday to mark the 30th anniversary of the party’s political registration, seven years after the government Tanzanian government forbade the right to assembly to the opposing parties.

The ban, issued by autocrat John Magufuli in 2016, was lifted in the middle of the month by the country’s president, Samia Suluhu Hasan. Magufuli succumbed in March 2021 to complications derived from COVID-19 after having “prescribed” in previous months a string of herbal treatments of never-proven efficacy.

The march prior to the rally, held in the city of Mwanza, in the north of the country, on the shores of Lake Victoria, was also led by another historic opponent, the president of Chadema, Freeman Mbowe.

Mbowe, it should be remembered, was released in March last year after spending more than seven months in custody after his arrest, precisely in this same town, on terrorism charges that his party denounced as political persecution.

Only three days after the ban was lifted, the historic opponent Tindu Lissu, former leader of Chadema, announced his return to the country on January 25 after more than five years in exile after surviving an assassination attempt.

Before the rally, Chadema’s Secretary General, John John Mnyika, thanked the Tanzanians for their support shown over three decades and announced his intention to win the next elections, originally scheduled for 2025, with the intention of bringing “change, freedom and justice to the country”, according to a message posted on his Twitter account. 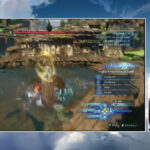