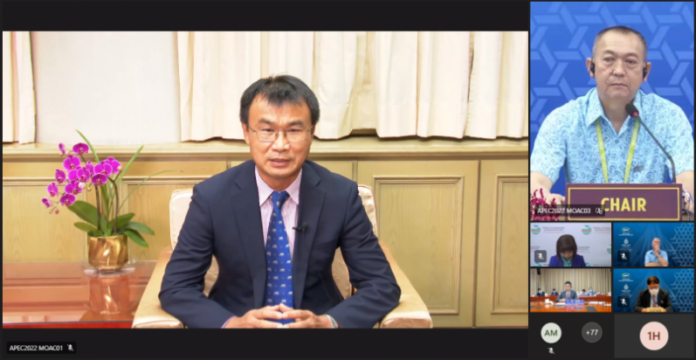 Taiwan declared that it is committed to implementing the Food Security Roadmap by 2030, as reported by the Council of Agriculture (COA).

The COA Minister, Chen Chi-chung, indicated that the Government will work with other members of the Asia-Pacific Economic Cooperation (APEC) forum on the 2030 Roadmap in digitalization and innovation, productivity, inclusion, sustainability and public-private partnerships, among other areas.

Taiwan plans to jointly adopt agricultural practices and policies that reduce food loss and waste and minimize the impact of climate change, while hosting conferences on topics that combine digitalization and innovation.

Chen made the remarks at the 7th APEC Ministerial Meeting on Food Security, which was chaired by Thai Minister of Agriculture and Cooperatives Chalermchai Sri-on.

According to Chen, Taiwan has established digital databases that allow authorities to closely monitor agricultural production areas, as well as quantities, distribution, imports, inventories and prices, allowing it to assess supply and demand continuously and implement the necessary policies to stabilize the food supply.

Since joining APEC in 1991, Taiwan has made substantial contributions in areas such as disaster prevention, food security, information and communications technology, small and medium-sized enterprise development, and women’s economic empowerment.

There is no healthy economy without a healthy planet, we need forests to restore both

Gorbachev's reforms to bring the USSR out of darkness