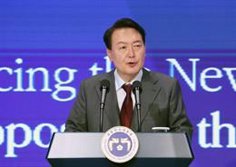 The Taiwan authorities have denounced this Thursday the “irrational activities” of China, in the midst of the Asian giant’s military maneuvers near the island, and have stressed that they “do not give up” on matters related to their sovereignty.

“The Taiwanese Armed Forces are operating as usual and monitoring our surroundings in response to China’s irrational activities, which seek to change the ‘status quo’ and destabilize the security of the region,” the Taiwanese Defense Ministry said.

“We do not seek an increase in tensions, but we do not give up when it comes to our security and sovereignty,” he added through his account on the social network Twitter.

He also stated that the Chinese Army launched “multiple Tongfeng-type guided missiles into waters to the northeast and southwest of the island on Thursday afternoon, as reported by the German news agency DPA.

A spokesman for the Ministry of Defense has highlighted that the shots were detected at 1:56 p.m. (local time) and has assured that the defense systems were activated, while condemning “this irrational action, which undermines peace in the region”.

Hours earlier, the Taiwan Air Force Command had denounced that 27 Chinese military planes had invaded its airspace on Wednesday, as part of the visit to the island by the president of the House of Representatives of the United States. United, Nancy Pelosi.

Pelosi arrived in Taiwan on Tuesday night as part of a visit that has lasted less than 24 hours but has sparked controversy and has drawn strong criticism from the Chinese government, which considers the island one more province under its sovereignty.

Physicists manage to extract force from the strong force