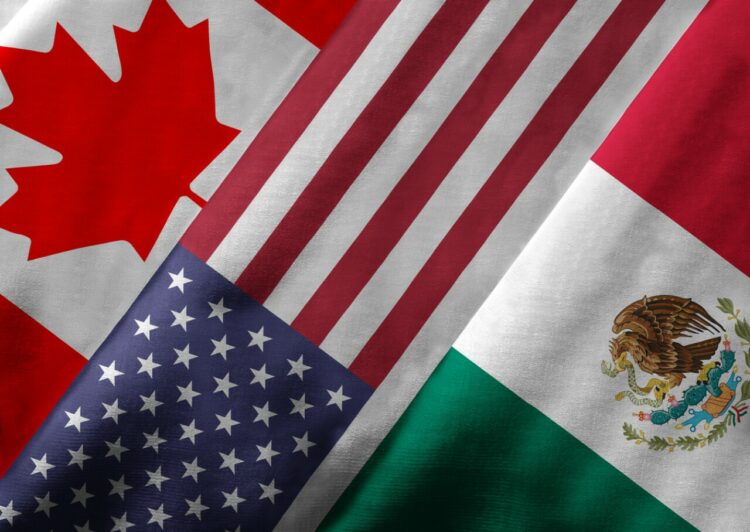 The undersecretary explained that among the objectives for this year of the T-MEC Competitiveness Committee is to identify actions for the development of skills in the human capital of the region, so that the governments of the three countries implement it.

Tatiana Clouthier, Secretary of the Economy, pointed out that “times force us to run at an accelerated pace.” Therefore, I am pleased to have as allies the National College of Technical Professional Education (Conalep) and the National Council for the Standardization and Certification of Labor Competencies (Know), “because they lead you to work in practical terms, not only to have knowledge in terms of theory and then certify you”.

“The use of technology forces us to update ourselves very quickly and, above all, what are we going to do to reconvert and reconvert ourselves? We ourselves, in the use of certain technology, have to adapt at an accelerated pace”, Clouthier pointed out.

The official recalled that a non-Mexican company, whose name she did not give, decided to invest in Mexico for two reasons: because it does not find people in its country; for the young population in Mexico, and for the academic institutions that educate and train talent.

In his speech, Jorge Shields, head of the Unit for Studies and Academic Exchanges of Conalep, pointed out that they are working on the design and creation of new learning programs and teacher engagement.

Conalep’s Shields proposed that the action agenda “focus on the implementation of regional projects” in which businessmen, subnational governments, academia and local communities participate, as is already done with the Ministry of Economy in the manufacture of semiconductors in the northwest and in the southeast with the creation of the Railway Logistics and Transport career.

In order to achieve an adequate work path, the requirements and traits of the regional workforce must be identified, be consistent with the life plan of young people and companies must be clear about how to help them fulfill their life plan; In addition, it is necessary to specify what each country perceives as problems for the training of young people.

In Mexico, work is being done on labor skills certifications, dual company-school programs, professional practices and apprenticeships in companies. On this last point, highlighted the Secretary of Labor, Luisa María Alcalde, is the program of the federal government Young people building the futurewhich allows the beneficiaries to learn for a year the needs of the company, at the same time, to obtain work experience.

To date we have reached 2.3 million young people, of which 60% are women, trained throughout the country; from the largest industries linked to the T-MEC, medium-sized companies and small economic units, which are the majority in our country, the Mayor highlighted.