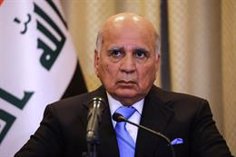 Hundreds of supporters of the cleric Muqtada al Sadr stormed the Iraqi Parliament on Wednesday as an act of protest against the appointment of Mohamed Shia al Sudani as a candidate for prime minister by the Coordination Framework coalition.

As detailed by the Kurdish television channel Rudaw, the protesters have pulled down part of the concrete walls that delimit the so-called ‘Green Zone’ of the Iraqi capital, Baghdad, where most government buildings are located.

The pro-Iranian Coordination Framework bloc, which includes the Shiite State of Law coalition led by former Prime Minister Nuri al-Maliki, named Mohamed Shia al-Sudani on Monday as its candidate for the post of prime minister in an attempt to unsettle the political landscape of the country.

After the assault on the Parliament building, Iraq’s Prime Minister, Mostafá al Kazemi, has urged the demonstrators to leave the place, at the same time that he has called for calm and respect for “peace” and ” public and private property.

However, the protesters have only left the facilities when Al Sadr has called for calm through his social networks and has asked his supporters to “return home”.

For its part, the United Nations Assistance Mission for Iraq (UNAMI) has posted a message on its official profile on the social network Twitter in which it has defended that the right to protest is “fundamental”, although it has remarked that this must be accompanied by “respect” for the institutions. “It is essential that the demonstrations are peaceful and comply with the law,” they have asserted from the United Nations mission for Iraq.

Along the same lines, former Prime Minister Al Maliki has condemned the incursion into the ‘Green Zone’ and has branded the assault on Parliament as “a flagrant violation” of the right to peaceful demonstration.

The cleric Al Sadr has recently asserted himself as the country’s leading political force and has demanded the resumption of talks to form a government, stalled for months. His attempts to form a government have been blocked by a coalition of pro-Iranian parties and militias with whom the cleric refused in May to reach an alliance.

NASA Reveals Key Finding for Astronauts in Caves on the Moon