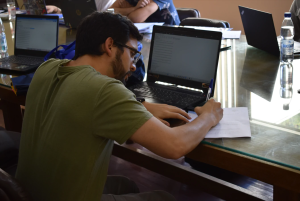 During the days of January 16, 17 and 18 of this year, various courses were developed that are under the norm 2728 of the INNin the facilities of our Center which allowed learning and training in various knowledge in the area of ​​science, specifically in regard to PCR and NIR spectroscopy techniques.

Throughout the conference, various tools were given to the attendees on how to use the techniques in question, which was done through classes that delivered the relevant knowledge to later be applied.

Along with the above, laboratories were also carried out, which made the instance something much closer and that allowed students to put recently acquired knowledge into practice.

To Pamela Sanhuezawho was one of those enrolled in the course of PCR techniqueand who is Analyst Chemistry and is currently studying PhD in Analytical Sciences and Technology It was a very enriching and didactic experience.

«I found that the course was a very useful experience, it became very easy to learn as the classes developed, everything was very understandable. The fact that the knowledge was applied to reality seemed excellent to me, because during the practical exercises we used real matrices, and that makes the learning much closer », he said.

It is important to highlight that the three courses were taught under the rule 2728 (required by SENTENCE), which enabled some companies to be able to participate with tax exemption in our courses. Complementing the above, it is relevant to highlight the fact that being a course developed in the University of Concepcion, some students of the institution were allowed to participate completely free of charge.

To Mario Sanhueza, Chemical Analyst Y PhD in Analytical Science and Technology participate as a speaker of the course related to the technique of NIR spectroscopy It was a success that took the team in charge of teaching the classes by surprise.

«In the first instance, the course was prepared for a one-day event, however, the recruitment of the public and the motivation of those interested in participating were so good that we had to open the call for a second instance the following day. A fact that made us quite happy, since we knew that the Biotechnology Center has excellent facilities to carry out the activities proposed throughout the course », he indicated.

In general terms, the triple instance of summer courses developed by the Biotechnology Center was a pleasant learning experience both for those who participated as speakers and for those who signed up to learn the knowledge dictated.

They were instances in which, through active participation and a large audience, it was possible to share very useful knowledge for those who are linked to the world of science and data analysis.

It is hoped that in the future instances like this can continue to be replicated more frequently in the facilities of the Biotechnology Center, and in the University of Concepción in general, in order to generate a greater dissemination of knowledge and at the same time train more professionals in the various techniques that can be learned in the scientific world. 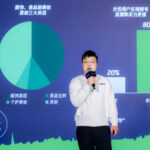