The application of a simultaneous equations model shows a significant and positive contribution of fixed and mobile broadband to economic growth in Latin America, indicates a study published in the most recent issue of CEPAL Review, the main academic publication of the Economic Commission for America. Latin and the Caribbean.

Its edition No. 138 (January 2023) is now available on the internet with various analyzes by leading international specialists, which also address Argentina’s economic relations with China, as well as the guidelines that must be followed to facilitate the selection of an indicator of advantages. revealed comparisons of the countries, among other topics.

In the article by María Verónica Alderete entitled “The effect of broadband on the economic growth of Latin America: an approximation based on a model of simultaneous equations”, the Adjunct Researcher of the Institute of Economic and Social Research of the South (IIESS/CONICET ) and Adjunct Professor of the Department of Economics at the Universidad Nacional del Sur (UNS), Argentina, analyzes the effects of broadband on economic growth in Latin America, distinguishing between mobile and fixed broadband.

Along with recognizing that although there are studies on this matter in the countries of the Organization for Economic Cooperation and Development (OECD), the author points out that in the Latin American region these studies are scarce. To this end, Alderete uses data from 20 countries for the period 2010-2018 and estimates a simultaneous equations model. The results show a significant and positive contribution of fixed and mobile broadband to economic growth in the region: a 1% increase in mobile broadband penetration generates a 0.23% increase in GDP; while a 1% increase in fixed broadband increases GDP by 0.31%.

For her part, in the article “Argentina’s economic relations with China and their impact on a long-term productive strategy”, the Director of the Center for Economic Structure Studies (CENES) of the Faculty of Economic Sciences of the University of Buenos Aires (FCE/UBA), Argentina, Marta Bekerman, CONICET Assistant Researcher at the General Pacheco Regional Faculty of the National Technological University (Argentina) Federico Dulcich, and CONICET Doctoral Scholar and CENES Researcher Pedro Gaite, analyze the evolution of commercial relations and investments between Argentina and China in the post-convertibility period.

Their results conclude that the trend shown by both bilateral trade and Chinese investment in Argentina (closely linked) does not favor a long-term strategy aimed at achieving the diversification of exports from the South American country. With regard to Argentine exports, trade with China shows a higher primarization pattern in relation to other trading partners. In the Argentine domestic market, the negative effects of Chinese competition for national production are limited to specific sectors. However, a significant displacement of Argentine exports to Brazil by Chinese competition stands out. Meanwhile, they point out that in relation to foreign direct investment, this is concentrated in the search for natural resources, with few productive and technological spillovers.

In the article Which indicator of revealed comparative advantages to choose? Theoretical and Empirical Considerations”, Rémi Stellian, Associate Professor in the Department of Business Administration of the Faculty of Economic and Administrative Sciences of the Pontificia Universidad Javeriana, Bogotá (Colombia), and the Director of Research in the Research Directorate of the Foundation Universitaria Los Libertadores, Bogotá (Colombia), Jenny Paola Danna-Buitrago, propose guidelines to facilitate the selection of an indicator of revealed comparative advantages (RCA) that allows examining a certain configuration of countries, products and periods.

According to the authors, the concept of comparative advantages refers to the ability of a country to produce a good or service with greater productivity and differentiation in its characteristics —quality, brand, and after-sales service— compared to its trading partners. Meanwhile, an indicator of revealed comparative advantages (RCA) is a number that synthesizes the level of comparative advantages of a country for a given product in a given period. If said number is greater than a neutral value, there will be comparative advantages, and vice versa. In their article, the researchers make a systematic review of the strengths and weaknesses inherent in the formulas of the VCR indicators, to then design a standardized method for evaluating the quality of the empirical measurements of a VCR indicator. By combining these two contributions, a series of theoretical and empirical considerations is formalized that allow a better weighing of the pros and cons of different VCR indicators and ultimately contribute to the selection of one of them, they explain.

In this new edition, ECLAC Magazine It includes a total of 10 articles by renowned international experts and professors, who analyze various topics related to the economic and social situation of some Latin American countries. In addition to the aforementioned studies, research is also published on the effects on inflation of domestic demand shocks in Chile in the period 2000-2021; Brazilian agriculture; the long-term relationship between job quality and economic growth in Uruguay; an evaluation of the Chile-Korea free trade agreement; and the location of the upper socioeconomic stratum of the population in Santiago de Chile, among other issues.

Readers are reminded that the opinions expressed in the articles published in the Review are those of the authors and do not necessarily reflect the views of ECLAC. 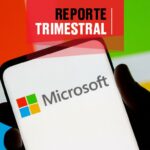