The Sri Lankan Supreme Court has concluded that the country’s former president Maithripala Sirisena, as well as his security leadership, committed negligence in their duties by failing in their duty to prevent the 2019 Easter attacks, the bloodiest in recent history. of the country, which cost the lives of 279 people.

The attacks consisted of a series of coordinated suicide bombings against churches and hotels in the country. More than a hundred people died on April 21 in an explosion alone, the one that occurred in the Church of San Sebastian, in the city of Negombo, north of the capital. Another thirty people died in the explosion of the Zion Church, in Batticaloa (Eastern province of the country).

A total of 500 people were injured in the explosions, the worst episode of violence experienced in the country since the end of the civil war in 2009. To this day, several branches of the investigation suspect that Islamic State may have been behind the attack. but the Criminal Investigation Department has not found any conclusive proof of jihadist authorship.

The former president must pay the families of the victims, as compensation, a total of approximately 250,000 euros, according to the Supreme Court ruling, published late on Thursday and collected by the Sri Lankan newspaper ‘Daily Mirror’.

Along with the former president, the former Police Inspector General Pujith Jayasundara, the former director of the Intelligence services Nilantha Jayawardhane, the former Defense Minister Hemasiri Fernando and the former head of National Intelligence Sisira Mendis have also been sentenced to pay compensation. 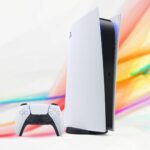