Message of Francis for the Day of Social Communications 2023 on the theme “truth in charity”. It’s not just good manners: antagonism today “ends up creating misinformation.” No to bellicose rhetoric that transforms “words into deeds of brutal violence.” A style also for communication in the Church: “that ignites the fire of faith instead of preserving the ashes of a self-referential identity.”

Vatican City () – Return to “speak from the heart”. To get the media out of the polarizations of an era “so prone to indifference and indignation, sometimes even based on disinformation, which falsifies and exploits the truth.” This is the invitation that Pope Francis addresses to the operators of the media in his message on the occasion of World Social Communications Day 2023which will be held on Sunday May 21 but which, as usual, was broadcast today on the feast of San Francisco de Sales, patron saint of journalists.

Inspired by the verse of the Letter to the Ephesians “According to the truth in love” (Eph 4,15), the text is an invitation to “communicate cordially” to learn to “look at each other with compassion, welcoming with I respect the weaknesses of each one, instead of judging by hearsay and sowing discord and divisions”. An indispensable style to “overcome the confusing noises that, also in the field of information, do not help us to discern the complexity of the world in which we live”.

“Communicate cordially -Pope Francis explains- means that whoever reads or listens to us captures our participation in the joys and fears, in the hopes and sufferings of the women and men of our time. Whoever speaks like this loves the other, because he cares about him and guards his freedom without violating it.” The pontiff writes this to professional communicators, but recalling that “in a historical period marked by polarizations and oppositions —of which, unfortunately, the ecclesial community is not immune—, the commitment to communication ‘with the heart and with the arms open’ does not exclusively concern information professionals, but is the responsibility of each one.”

Communicating cordially is not “just a matter of ‘good manners’, but a true antidote to cruelty, which unfortunately can poison hearts and intoxicate relationships,” Francis continued. We need it in the media, so that communication does not promote hatred that exasperates, generates anger and leads to confrontation, but rather helps people to reflect calmly, to decipher, with a critical and always respectful spirit, the reality in which they live” .

A clear example in this sense is offered by Saint Francis de Sales, who, not coincidentally, Pius XI proclaimed patron of journalists a hundred years ago with the encyclical Rerum omnium perturbationem. “One of his most famous phrases, ‘the heart speaks to the heart’, inspired generations of faithful – recalls the Pope -. ‘It is enough to love well to speak well’ was one of his convictions. It shows how, for him, communication should never be reduced to an artifice, to – we would say today – a marketing strategy, but rather it was the reflection of the soul, the visible surface of a nucleus of love invisible to the eye”.

Hence the invitation to accept this “lesson that goes against the current today, at a time when, as we experience especially in social networks, communication is often instrumentalized, so that the world sees us as we would like to be and not as we are” . And -Francis adds- it is a model from which to draw inspiration also for communication in the Church on the synodal path, traversed by so many tensions in this last period. “In the Church we urgently need a communication that ignites hearts, that is balm on wounds and illuminates the path of brothers and sisters. I dream of an ecclesial communication that knows how to let itself be guided by the Holy Spirit, kind and, at the same time, prophetic; May she know how to find new ways and modalities for the marvelous proclamation that she is called to give in the third millennium. A communication that puts the relationship with God and with our neighbor at the center, especially with those most in need, and that knows how to ignite the fire of faith instead of preserving the ashes of a self-referential identity. A communication whose bases are humility in listening and parrhesia in speaking; never separate truth from charity.”

But speaking from the heart -finally- becomes more urgent than ever to also promote a culture of peace in today’s world wounded by war. “One is horrified to hear how easily words calling for the destruction of peoples and territories are uttered. Words that, unfortunately, often turn into military actions of cruel violence. This is why all warmongering rhetoric must be rejected, as well as any form of propaganda that manipulates the truth, disfiguring it for ideological reasons. Instead, communication should be promoted at all levels that helps create the conditions to resolve disputes between peoples.”

Words capable of dispelling the shadows of a closed and divided world spring from the heart, to build a better civilization than the one we have received. It is an effort that is required of each one of us, but that especially appeals to the sense of responsibility of communication operators, so that they develop their profession as a mission.” 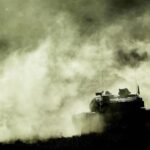