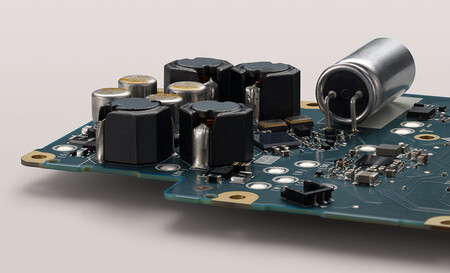 Sony’s Walkman transformed the music industry a lot. before the advent of the iPod. While the latter disappeared last year from the Apple catalogthe Japanese company refuses to let its famous music player die.

The truth is that more than a decade ago, Sony decided to give the Walkman a new life, providing it with the Android system, new functions and design. Along the same lines, the manufacturer has just launched a new premium model, the NW-ZX700.

NW-ZX700, the Walkman that pursues the quality experience

Part of the strategy to sustain the Walkman concept in these times when we all carry a music player in our pocket (our smartphone) has been to offer a premium device. That is, something special, at a special price.

The new ZX700 has an aluminum casing and a 5-inch screen. Inside, it boasts high-polymer capacitors designed to deliver large amounts of power and output precision signals to enhance overall audio.

Sony has also taken care to include other distinctive hardware items such as high-quality film capacitors and low noise crystal oscillators. He also says that he has used gold-enhanced solders that improve conductivity.


The manufacturer does not provide details about the SoC that its new Walkman incorporates, but The Walkman Blog points out that it has a Qualcomm QCS4290, a chip made in 11 nanometers with eight Kryo 260 CPUs and an Adreno 610 GPU. We do not know the amount of RAM.

At the storage level, the device comes with 64 GB of internal memory, although only 47 GB will be available for use. A positive aspect is that it is possible to expand the storage by using external microSD cards.

Regarding battery life, Sony ensures that the new Walkman will be able to offer up to 25 hours of playback, although of course, these values ​​will depend on the quality of the audio and whether downloaded or streaming files are being listened to through applications.

Let’s remember that the ZX700 comes with Android 12 and the possibility of download apps from play store. In that respect, it is like a smartphone, but without cameras and connectivity with the telephone network. Although of course, with significant improvements in sound level.

Price and availability of the Walkman ZX700

The Japanese company has announced that the new Walkman ZX700 will be available from February 23 in Japan. The price will be 104,500 yen, about 751 euros. At the moment, there is no arrival date for other markets, including Europe.

Of course, the new ‘premium’ Walkman from Sony not the most expensive. The company has a ‘Signature’ edition of the gold-plated WM1ZM2. Its price? Nothing more and nothing less than 3,699 euros.

In Xataka: Sony NW-A105, analysis: this is how this ‘walkman’ intends that we listen to music as before 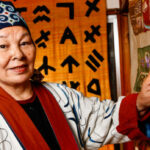