The president of Somalia, Hasan Sheikh Mohadmud, has inaugurated a summit with religious scholars to try to reinforce the work to confront extremist ideology, within the framework of the security campaign launched by the authorities against the terrorist group Al Shabaab.

The president has called the meetings “vital” and stressed that they “bring together respectable Somali scholars from inside and outside the country to discuss how to deal with fraudulent extremist ideology.”

Thus, he stressed that the efforts of these people are crucial in the government’s efforts against Al Shabaab and regretted that “the fraudulent narrative of the terrorists has poisoned the minds of some people.” “We have to work with the scholars to free them,” she explained.

Sheikh Mohamud has therefore asked the nearly 300 participants in the summit to work to convey a “correct” message about religion, as reported by the Somali state news agency, SONNA.

Sheikh Somou, one of the participants, has stressed that the meeting “is part of the religious obligations” to “safeguard the sacred religion of Islam from the ‘jauarij'”, a term that means ‘deviant sect’ and that the Government uses to refer to Al Shabaab.

For his part, the Somali Information Minister, Daud Aueis Jama, stressed that “a new dawn is beginning in Somalia as the country prepares to finish the job of eliminating the threat” of the terrorist group, which maintains ties with Al Qaeda.

At the military level, official sources cited by SONNA have indicated that 39 presumed members of Al Shabaab died on Monday in operations carried out by the Army in the town of Harardhere, located in the Mudug region.

Somalia has increased offensives against Al Shabaab in recent months with the support of clans and local militias as part of a series of decisions taken by the president, who promised upon taking office to put the fight against terrorism at the center of his efforts to stabilize the country. african country. 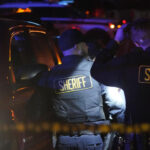