Several “terrorists” have died in a military operation carried out by the Burkina Faso Armed Forces on the night of Friday to Saturday near the town of Uanobia, in the Center-North Region of the country.

A rapid intervention battalion destroyed a terrorist base in an air-to-ground operation, according to the Burkinabé AIB news agency.

In addition, explosives and logistical means have been destroyed and weapons and vehicles have been recovered, according to sources cited by the official news agency.

Burkina Faso, particularly the north, has been facing increasing attacks since 2015 from jihadist groups linked to Al Qaeda and the Islamic State.

Captain Ibrahim Traoré, transitional president resulting from the military coup on September 30 – the second in eight months – has set himself the objective of “reconquering the territory occupied by these hordes of terrorists”. 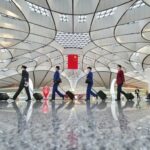