We are heading to a future of autonomous cars. At least that is what the authorities seem to want, with the European Union pressing for vehicles to have a greater number of driving assistance. Also with different countries developing legislation to accommodate this new technology.

Hopes are high: more safety on the roads by eliminating human error and better traffic management, especially in cities. And although it seems that we are facing a very distant future and the viability of this type of project is still up in the air, there are those who are studying what implications the leap to a complete fleet of autonomous vehicles may have.

And we’re not talking about a simulation of safety improvements or the labor implications of filling our streets with self-driving vehicles. We talk about the environment. Yes, MIT (Massachusetts Institute of Technology) has published a report stating that fully automating the global fleet of vehicles would have important consequences on the environment.

The problem is the data

On one of my first trips as a motoring journalist, I attended the opening of doors of a campus that BMW has in Munich dedicated exclusively to the development of autonomous driving. There we got into a BMW 7 Series whose behavior five years ago was already impressive.

But the German engineers alerted us to a problem: the data. With each trip out on the road, with each working day, they collected such a quantity of data that they had real problems storing and managing it. Each vehicle returned with 40 terabytes of data stored.

The real challenge of the autonomous car is that it is capable of scanning the terrain, making the right decision in an emergency, communicating with elements on the road and other vehicles and, furthermore, being able to manage all this information to offer the best result. Already in 2018, BMW claimed that the technological load of a level 3 autonomous car would be comparable to the power of 150 user-level computers.

They warn of something similar from the MIT. But putting another perspective: the reading and management of all this data would cause carbon emissions comparable to those expelled by all the data centers in the world at the moment.

According to calculations by the International Climate Agency, data centers are directly responsible for the 0.3% of global CO2 emissions to the atmosphere. A figure comparable to that generated by all the energy demanded by Argentina. And the same energy that would be produced by a billion autonomous vehicles that, on average, would work for an hour a day and consume 840 watts.

The solution, according to the researchers, would involve greater hardware efficiency. His calculations suggest that the computers in these vehicles should consume less than 1.2 kilowatts on average. The authors of the study say that every three years, computing workloads double and that, at the current rate of decarbonization, will require a huge effort to develop more efficient hardware if forecasts are to be improved.

These calculations have been confirmed in the 90% of the simulations of their studies, in which they have taken into account variables such as greater use of vehicles (bearing in mind that passengers will be able to carry out a greater number of actions or will be used more by older populations that now make moderate use of the same , such as the elderly) or scenarios in which less use is made, since better traffic management allows faster journeys. In one way or another, the results obtained are worrisome for the health of the environment. 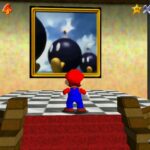