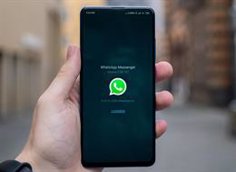 WhatsApp works on a new personal chat that will allow users to send messages to themselves within the application itself and even with different devices linked to the account.

Until now, users of the instant messaging ‘app’ have had to resort to other alternatives to be able to use this service as a notepad or to save messages and text and have them available at any time.

Some of the most common tricks include creating a group with another person and eliminating them, then remaining as the only participant and administrator in the chat.

However, this option does not support multi-device function, since when using multiple devices linked with a single WhatsApp accountthis chat only appears on the main device.

Now, WhatsApp has begun to develop a new feature that will allow users to send messages to themselves without having to resort to these tricks, as the specialized portal has advanced WABetaInfo.

This portal has discovered this functionality in the beta of WhatsApp for Desktop. Thus, in this update, the user’s own telephone number is presented as the first contact in the application’s agenda.

Users will be able to access this functionality from all the devices linked to their account, regardless of whether it is the main ‘smartphone’ or all other devices in which said WhatsApp account has been linked.

This will be possible thanks to the new multi-device version that the company is currently working on, which is expected to be available in the future for both Android and iOS devices.

We tested multi-device 2.0 on WhatsApp beta for Android and iOS ??Thanks to the updated version of multi-device (under development), you’ll be able to use WhatsApp on a secondary mobile device, in the future. ??Follow @WABetaInfo for more info about WhatsApp ?? pic.twitter.com/GFJwKcQYAz

The possibility of creating a personal chat with one’s phone number is still under development and its official release date is unknown for both operating systems, as well as for the version of WhatsApp Desktop.

However, this option is already present in another instant messaging network, such as Telegram. Specifically, in the section ‘Saved Messages’. There, its users can send messages to themselves as a note or reminder, in addition to saving all kinds of content seen or received in the ‘app’.

To school without a cell phone: they prohibit the use of phones during classes in Russia