This guy wasn’t happy with his internet provider, so he set up his own ISP and became a competitor 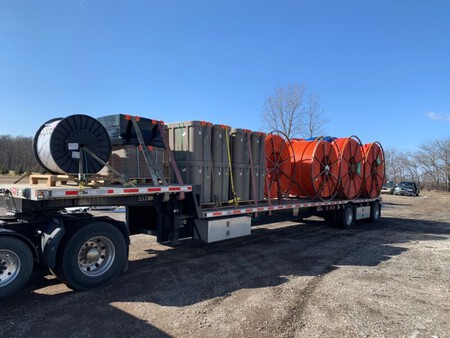 Although many companies have already returned to pre-pandemic work dynamics, telecommuting continues to be an interesting alternative for a large number of professionals. The fact of not having to go to the office opens the possibility of working from almost anywhere, as long as you have the necessary tools, like a fast computer and a good internet connection. The problem is that the latter is difficult to achieve in rural areas.

Jared Mauch, a network architect at Akamai, knows this situation well, according to Ars Technica. The man has lived for two decades in Scio Township, a small municipality located in Michigan, United States. In 2002 he signed up for the fastest cable connection at the time, offering 1.5 Mbps. However, over time he needed something more and chose to move to a wireless provider that offered you 50 Mbpsalthough I would have preferred a physical connection.

If you don’t like your ISP, compete against it

Given little choice, he decided to ask Comcast, an American telecommunications giant, if they would ever expand the service to cover his home. The answer was yes, but he would have to pay a special one-time charge for that to come true, since the company had to extend its network for it. When he asked how much he would be charged, he was told $50,000.

Mauch was supposed to pay the company $50,000 about six years ago to get a high-speed connection to his home, but that seemed like too much. He had also turned to AT & T, another large operator in that country, but the connection speed offered was only 1.5 Mbps. Given this scenario, the man began to seriously consider the idea of purchase a direct connection to Advanced Communications & Dataa high-end provider with operations in Michigan.

The problem? In addition to the high costs of the service, ACD did not have a fiber optic network deployed in the rural area. However, what was a problem quickly became an opportunity. If Mauch was able to contract with this provider and create his own network, he could sell connections to his neighbors to recoup the investment, and even make a profit. However, this simply meant setting up your own ISP, with all the legal and administrative intricacies that this entails.


Without a second thought, this dissatisfied customer of Comcast, AT&T and other providers decided to get down to business, and technically went on to become a competitor of these companies in the area. For it founded Washtenaw Fiber Properties LLC in order to comply with the legal requirements of the local government. Thus, he began to develop his own fiber optic network throughout the place where, as we mentioned above, he has lived for twenty years. 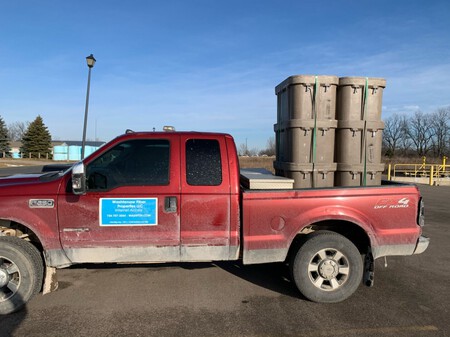 Residents of Scio Township also have the ability to choose SpaceX’s satellite Internet service, but the features, depending on which angle you look at it, are less than this new local provider. starlink offers connections of about 150 Mbps for a monthly fee of 99 dollars and $499 for the installation kit.

Now, Mauch’s plans are taking on a dimension that had not been imagined by their creator. The city, thanks to the sending of federal funds, is financing part of the expansion of Washtenaw Fiber Properties LLC. In this way, the company will extend its service to 417 locations, that include neighboring rural areas and that will open the door to potential new clients.

With this support, Mauch will be able (and must, because it is required by a contract that it has signed with the State), offer a symmetric connection of 100 Mbps for $55/month and 1 Gbps for $79/month. Also, the price of the installation will return to its origins, that is, it will be $199. The man says that, despite the success of his project, he will not leave his other job and will continue to be a network architect for Akamai, although of course, now with a better Internet connection.

In Xataka | He managed to hack the key to a Tesla and steal it and now he has hacked Starlink: “The attack is technically impressive”

Hotel occupancy in the country grew 6.2% in June