They find the last panda bear in Europe 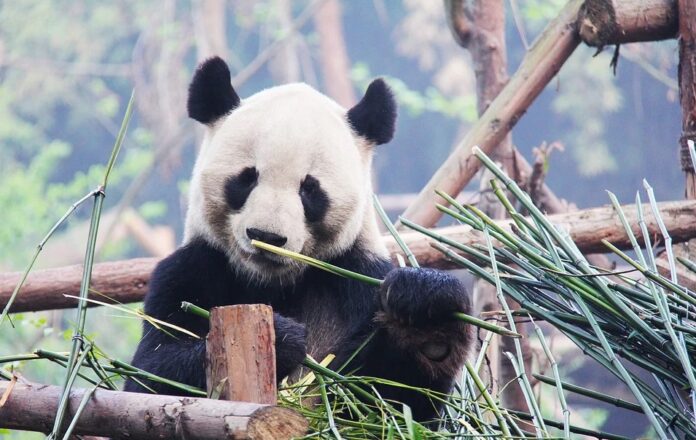 The last giant panda bear in Europe was able to inhabit the forested wetlands of Bulgaria about six million years ago. The researchers found this new species from two fossil teeth that had been sleeping in the Bulgarian Museum of Natural History since their discovery in the late 1970s. The animal was similar in size to today’s iconic black and white bear, but it did not depend solely on bamboo.

“Although it is not a direct ancestor of the modern giant panda genus, it is its close relative”explains the researcher Nikolai Spassov, whose findings are published this Monday in ‘Journal of Vertebrate Paleontology’.

An upper butcher’s tooth (used to cut through meat and bone similar to scissors) and an upper canine were originally cataloged by paleontologist Ivan Nikolov, who added them to the museum’s fossil hoard when they were unearthed in northwestern Bulgaria. This new species is called Agriarctos nikolovi in his honor.

“They just had a vaguely handwritten label”Professor Spassov recalls about the fossil. “It took me many years to find out what his age was. Then it also took me a long time to realize that it was an unknown fossil giant panda.”recognize.

The charcoal deposits in which the teeth were found, which have imbued them with a blackened hue, suggest that this ancient panda inhabited forested and swampy regions.

There, during the Miocene epoch, it probably ate a primarily vegetarian diet, but did not rely solely on bamboo. Fossils of the basic grass that supports the modern panda are rare in the European and especially late Miocene Bulgarian fossil record, and the tooth spikes do not seem strong enough to crush the woody stems.

Instead, it likely fed on softer plant materials, aligning with the general trend toward greater reliance on plants in the evolutionary history of this group. Sharing their environment with other large predators likely drove the giant panda lineage toward vegetarianism.

However, the teeth A. nikolovi they provided ample defense against predators. Furthermore, the canines are comparable in size to those of the modern panda, suggesting that they belonged to an animal of similar size or only slightly smaller.

The authors propose that A. nikolovi it may have become extinct as a result of climate change, likely due to the ‘Messinian salinity crisis’, an event in which the Mediterranean basin dried up, significantly altering the surrounding terrestrial environments.

“Giant pandas are a very specialized group of bears”Spassov adds. “It is likely that climate change at the end of the Miocene in southern Europe, leading to aridification, had an adverse effect on the existence of the last European panda”underlines.

While this group of animals is best known for its only living representative, the giant panda, they once spread across Europe and Asia. The group may have developed in Europe and then headed to Asia, where the ancestors of another genus developed, ailurctos. These early pandas may have evolved later in Ailuropodathe modern giant panda.

Nicaragua: 'The eradication of torture is not a political option,' warns UN rapporteur