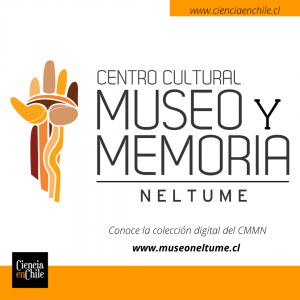 A positive consequence of the COVID-19 pandemic was that it opened the possibility of rethinking the way to reach the different audiences of the Cultural Center Museum and Memory of Neltumeexplains Inés Cheuquelaf Bradasic, who was in charge of the project’s methodology and its web design.

Neltume is a mountain town, surrounded by mountains, native forest, rivers and lakes, and which belongs to the commune of Panguipulli in the Los Ríos region. In this place, the CCMMN represents a site of tourist interest and of local historical relevance, Inés Cheuquelaf, reinforces the idea that now there will be a greater number of visitors and they will be able to learn about the history of Neltume from anywhere in the world.

This initiative was funded by the Ministry of Cultures, Arts and Heritage, Fondart Regional Diffusion, Call 2021and managed to create a digital collection of 40 museum objects or pieces that are on permanent display and, through the project Creation and putting online of the digital collection of the Cultural Museum and Memory Center of Neltume, Since this year they can be found online at www.museoneltume.cl

“An agreement was reached on which elements would be the most appropriate to be digitized and presented in the digital sample of the CCMMN”, details Cheuquelaf, that is how they were photographed, digitized, and gave shape to six major themes: Panguipulli forestry and timber complex (COFOMAP), factory work; memory and human rights; Life and work in the mountains; Mapuche territory; and 43 audiovisual capsules.

Of the audiovisual capsules, the project team highlights that visitors will learn testimonial video messages from inhabitants of the territory, which delve into the history of digitized objects, providing context to the collection.

The objects that were digitized are as varied as a wood-burning stove top, which marks the history of prosperity with the Panguipulli Forestry and Timber Complex; a model of Tatú, a site built underground to hide in the guerrilla struggle during the Pinochet dictatorship; or the famous sculptures made of wood, are just some of the objects in this new digital collection.

It should be noted that the photographs in the collection were taken by Mauricio Durán Espinoza. The production, research and registration of the pieces was in charge of Lilina Patiño, who valued the effort of the CCMMN in putting the museum collection online.

“I emphasize that this project allows the public of the space to overcome the barriers to access to the physical space, such as the weather, health restrictions and transportation, and to be able to access an important part of the museum’s contents in an organized way and, in addition, , through the audiovisual capsules, approach the stories around the objects”, commented Patiño.

Finally, the project team Creation and putting online of the digital collection of the Cultural Museum and Memory Center of Neltume, highlighted that the collection as a whole puts the value of history and memories of families who lived and worked in the foothills. This is precisely what LiLian Patiño indicates, “the same families were the ones who, in the formation of the CCMMN, brought the objects to be exhibited,” she concluded.

'French and Mexican cuisines are my two loves'