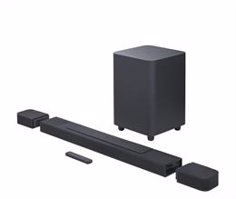 Sony has introduced its new HT-A3000 and HT-A5000 soundbars to the European market, which will arrive from October with Sony’s 360 Spatial Sound Mapping and support for rear wireless speakers.

The HT-A3000 soundbar features 3.1 channels, three front speakers plus a dedicated center speaker for clear dialogue, and a built-in dual subwoofer for deep bass. This equipment creates virtual surround sound and is compatible with Dolby Atmos and DTS: X.

When connected to the SA-RS5 and SA-RS3S wireless rear speakers, the A3000 bar gives access to 360 Spatial Sound Mapping technology, which allows you to feel the sound from any direction and distance, as detailed by the company in a statement.

To optimize the sound field, it uses the built-in microphones by intelligently measuring the height and position of the sound bar and rear speakers. From the information it obtains about the position, it creates multiple virtual speakers that synthesize sound waves.

Optionally, this soundbar supports a wireless subwoofer. Sony has stated that there are two models available, the SA-SW5 subwoofer with 300W deep bass and 180mm driver, and the optional SA-SW3 subwoofer with 200W and 160mm driver.

The A3000 bar can be paired with BRAVIA XR compatible TVs to access the Acoustic Center Sync feature, which turns the bar and TV into the center speaker of the home theater system. It also works in conjunction with the 360 ​​Spatial Sound Mapping settings.

This soundbar works with devices that have the Google Assistant with Chromecast built-in or Amazon Alexa. It will be available in Europe from October with an approximate price of 699 euros.

Sony has also confirmed the availability of the A5000 sound bar in Europe. With 5.1.2 channels, it has support for Dolby Atmos, DTS: X and Sony audio technologies such as Vertical Surround Engine and S-Force PRO Front Surround.

The A5000 comes equipped with Sony’s 360 Spatial Sound Mapping technology. The 360 ​​Spatial Sound setting can be accessed when the soundbar is connected to the SA-RS3S Rear Speakers, or the new SA-RS5 Wireless Rear Speakers.

Pixel 6a defends the mid-range well, but the 60Hz screen is not forgiven

Is a recession coming? Nobel Prize for Economics explains why it would not happen